Large scale production cuts across the US Lower 48 caused by the polar vortex pushed oil higher on Wednesday. WTI is up ~USD 7.6/barrel since the start of February, with Brent having increased by ~USD 8/barrel since the start of the month. The gains could soon soften as reports emerged on Wednesday suggesting that Saudi Arabia will look to increase output from April – after its unilateral production cut ends. OPEC+ is also looking to ease production cuts from April due to strong prices, according to reports.

CME’s JKM futures contract remained unchanged at USD 8.26/MMBtu for a fourth straight day. The price could rally as Texas governor Greg Abbott declared a ban on gas sales outside of the state, with the order remaining in place until 21 February. Abbott issued the order in a bid to help firm up supply for the state’s gas-fired power plants, with the state hit by rolling blackouts since Monday as power demand outstripped supply due to the severe winter storm. 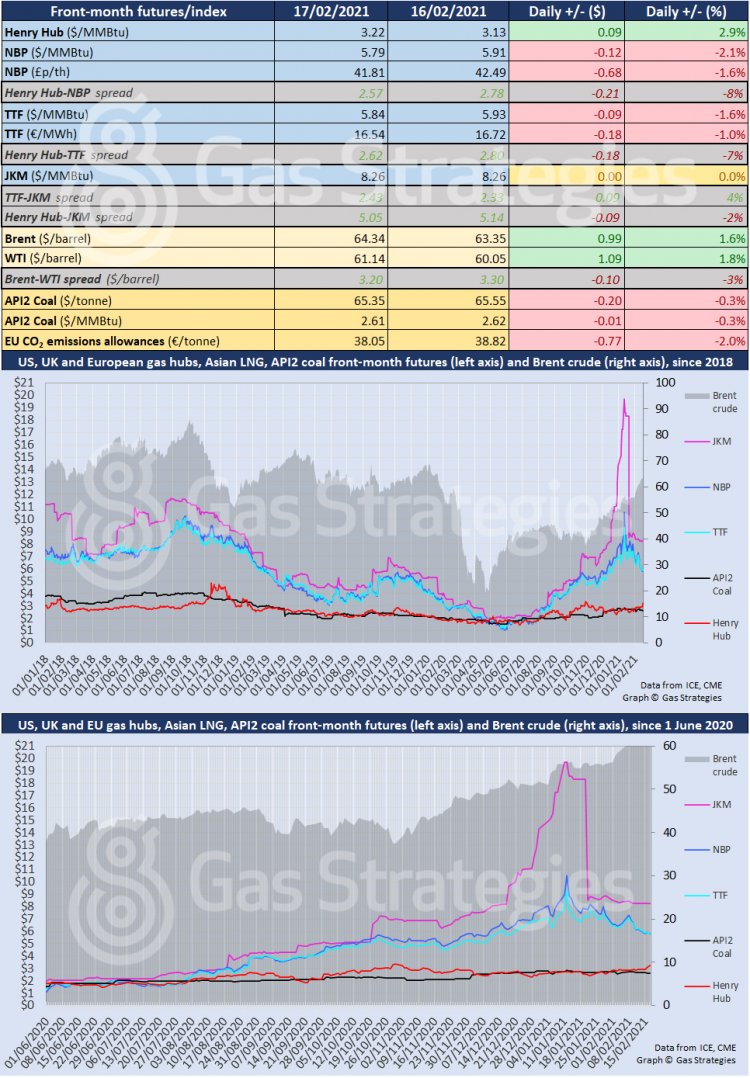