Global gas prices were marginally lower on Thursday as temperatures in Europe and parts of East Asia were anticipated to be milder at the end of the week, while gas flows into Europe from Russia were reported to be at steady levels.

The Dutch TTF front-month contract settled at USD 31.43/MMBtu, dropping by just 32 cents on the day, while the Asian JKM LNG marker closed at USD 35.32/MMBtu, shedding just over half a dollar from 2 December. The JKM’s premium over the TTF was reduced by 24 cents to USD 3.89/MMBtu.

Friday’s temperatures were expected to be milder in north-west Europe with 11 degrees Celsius forecast in London, while in Asia, Beijing was set to experience 13 degrees Celsius.

Though gas storage in Europe remained 67.5% full, well below normal levels for this time in December, flows via Yamal from Russia were reported to be steady at an hourly volume of around 10 million kWh, easing supply concerns for the time being.

Meanwhile, crude oil prices picked up again, with Brent gaining 80 cents to USD 69.67/barrel, while WTI was up by nearly a dollar to USD 66.50/barrel. The gains were chiefly driven by OPEC+ saying, during its latest meeting this week, that it would increase output but review this if the Covid-19 Omicron variant appears to impact demand. 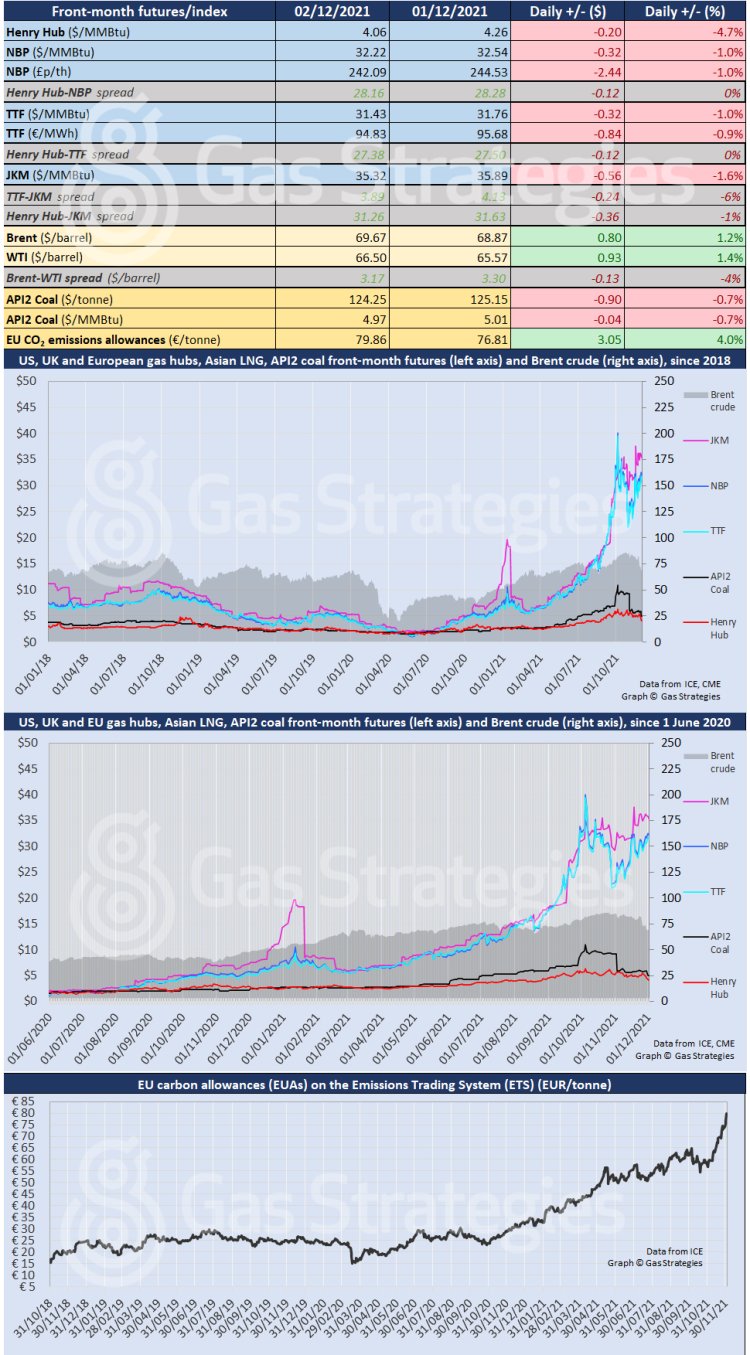