Russia’s invasion of Ukraine pushed oil and gas prices even higher on Wednesday, as more IOCs and multinationals puled their business out of Russia, while concerns persisted that westbound flows of Russian gas could soon be impacted by the war in Ukraine.

On the oil front, Brent was up 7.6%, gaining nearly USD 8/barrel on the day, to settle at USD 112.93/barrel – it’s highest price since 25 June 2014, when trade was dominated by the then conflict in eastern Ukraine and the so-called Islamic State’s onslaught on Iraq.

The WTI price gained just over USD 7/barrel – a 7% day-on-day increase – to settle at USD 110.60/barrel. The two oil benchmarks may have risen further if the US and other International Energy Agency (IEA) members had not agreed on Tuesday to release 60 million barrels of oil reserves to make up for buyers shunning Russian oil in response to Moscow’s actions in Ukraine.

Meanwhile, the front-month Dutch TTF gas contract closed at EUR 165.54/MWh – or USD 53.89/MMBtu – marking a 36.1% increase from Tuesday and its highest settlement since 22 December last year. With the JKM up by USD 7/MMBtu, the Asian LNG marker’s discount to the TTF widened by 90% to USD 15.38/MMBtu.

With European nations beginning to question their reliance on piped Russian gas more than ever, governments in the region are now speeding up proposed pipeline and LNG import projects that aim to open their countries up to new supply sources. Among them, the Danish Environmental Protection Agency (DEPA) issued a new environmental permit for the 10 Bcm Baltic Pipe project, which could see Norwegian gas reaching Poland via Denmark. 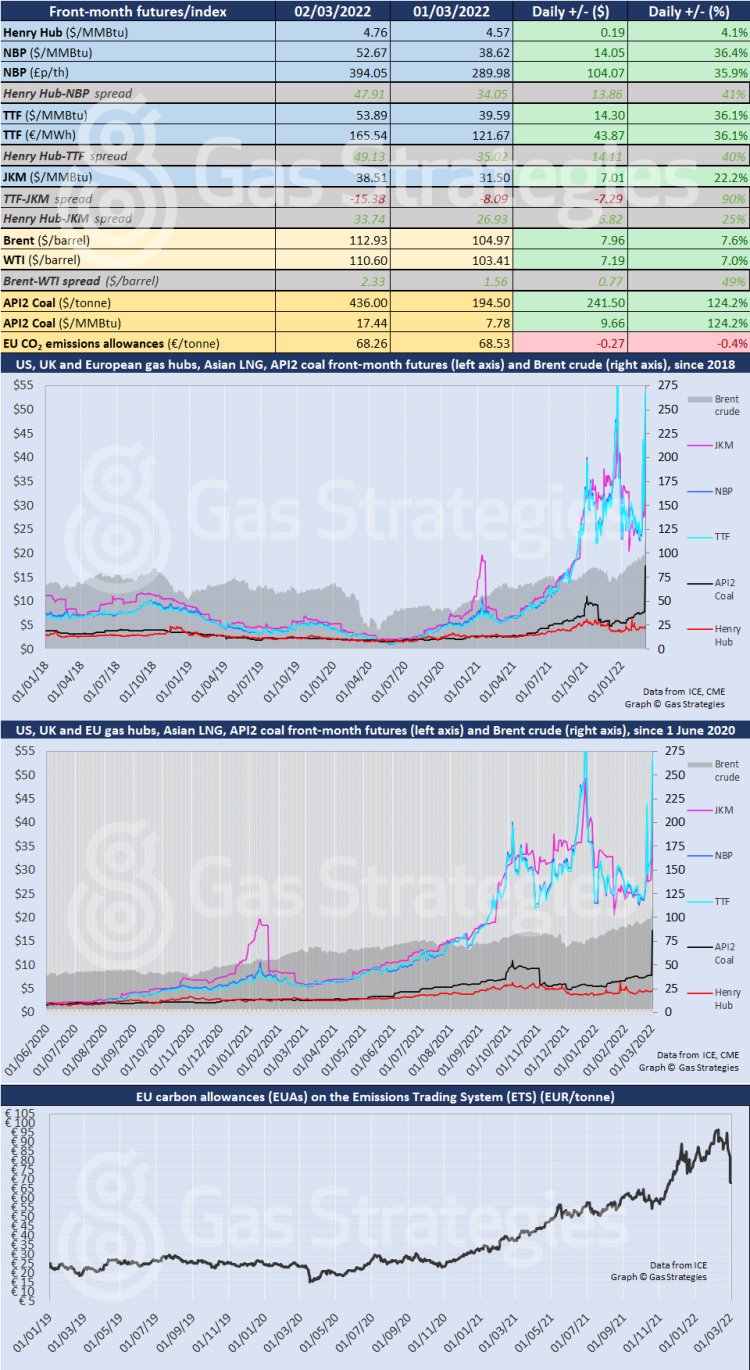