Oil markets steadied on Thursday after reaching a two-year peak earlier in the week, with Brent and WTI both dipping slightly to USD 71.31/bbl and USD 68.81/bbl respectively.

The biggest story of the day was coal, which surged on rising demand as temperatures soared in Asia and demand for air-conditioning rose, pushing coal prices over the USD 100/t barrier for the first time since October 2018. The jump of 16.7% is a result of the roll over from the May to June front-month contracts, nevertheless the front-month June contract still leapt 4.64% to settle at USD 100.45/t. Prices can be expected to remain buoyant as China continues to crack down on domestic coal mine safety in the aftermath of fatal accidents, and as Beijing’s spat with Australia, a major coal supplier, shows no sign of resolution.

European gas prices continued to fall in line with a dragging carbon price, which fell 2.2% to EUR 50.17, its lowest level since 19 May. As a result, both NBP and TTF saw slight drops of 0.5% and 0.8% respectively.

Henry Hub, meanwhile, fell 1.1% but kept above the USD 3/MMBtu mark, as an EIA report drew attention to increased takeaway capacity in Texas and Mexico which is easing congestion on natural gas production in the Permian. Among the pipelines to have been completed recently are the Kinder Morgan Permian Highway pipeline, which entered service in January. 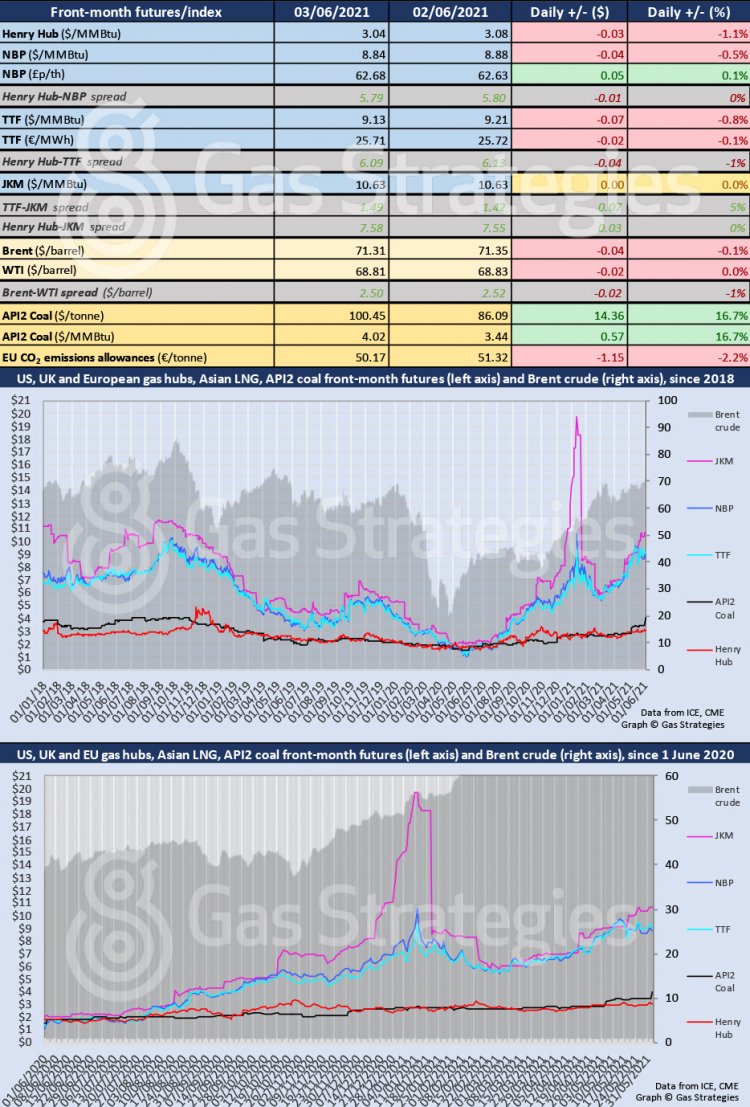