European gas benchmark TTF settled at its lowest level since 22 July on Monday, with the fall pinned on mild weather and strong builds in gas storage levels.

The front-month TTF and NBP contracts remained in the red on Monday, with the former closing 9.8% lower at the equivalent of USD 48.84/MMBtu. The UK gas benchmark fell 14.6% to close at USD 33.53/MMBtu.

Mild and windy conditions have helped ease gas demand, in turn helping efforts to build gas storage levels. The EU’s gas storage sites were 89.32% full as of 2 October, according to GIE data. Current storage levels are well above Brussel’s target of having sites 80% full by 1 November.

US gas benchmark Henry Hub also closed at its lowest level since July, dipping 4.4% to close at USD 6.47/MMBtu. Monday’s loss was pinned on near-record gas production in the US and expectations of a stronger-than-expected build in domestic gas storage levels.

As for crude, Brent and WTI returned to the green on Monday amid reports suggesting OPEC+ is considering implementing its biggest production cut since the start of the Covid-19 pandemic. The crude cartel will hold a meeting on Wednesday and will consider cutting production by more than 1 million barrels/d, according to Reuters.

The front-month Brent contract – which rolled over to December on Monday – settled 1% higher compared to the close of the November contract on Friday. The November-dated WTI contract closed 5.2% higher at USD 83.63/barrel. 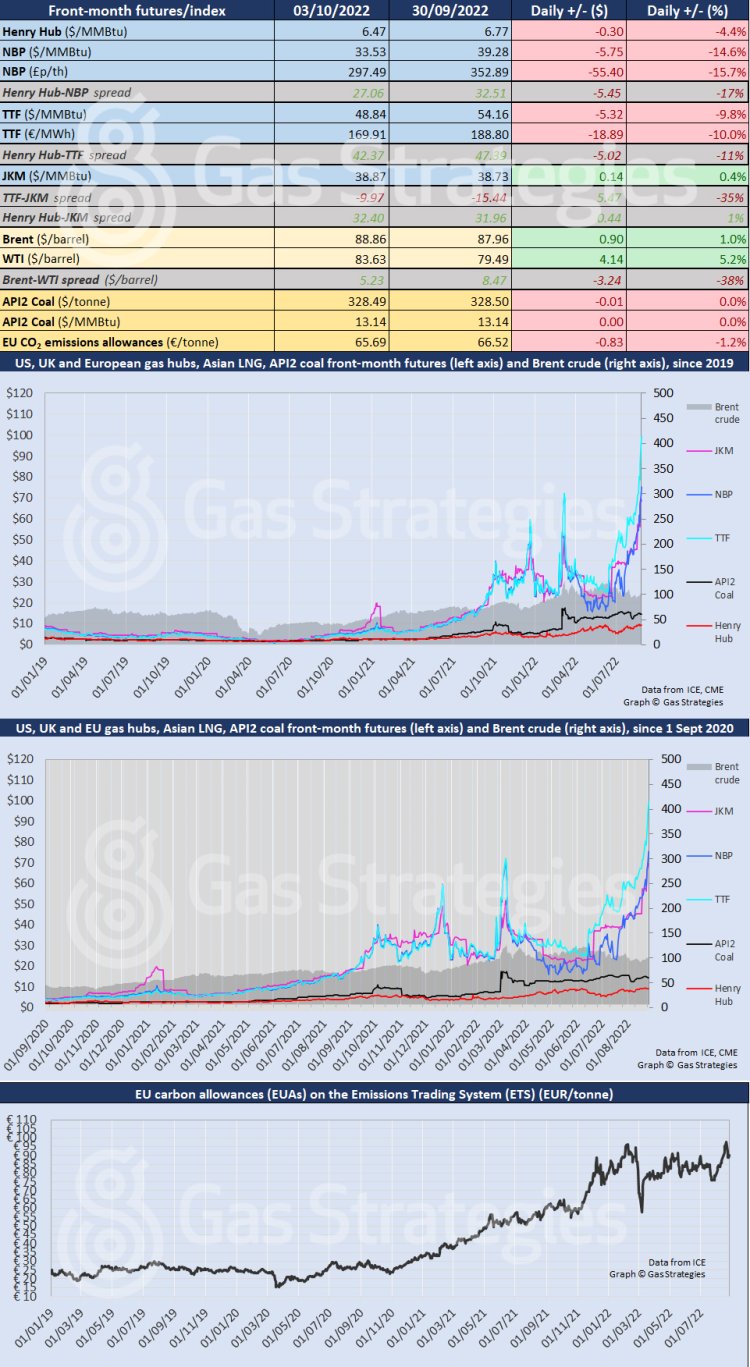