The February-dated NBP and TTF contracts rallied by ~5% yesterday, settling at a six-day high. The Dutch marker closed at the equivalent of USD 31.98/MMBtu – USD 0.14/MMBtu higher than the UK marker.

Flows from Norway rebounded on Thursday – following an unplanned outrage at the Oseberg field on Wednesday – however flows from Russia remained flat day-on-day. The sustained weaker flows from Russia and colder weather sweeping across Europe has helped lift European gas prices this week.

While gas and coal prices in Europe strengthened, the carbon price fell for the first time in five days. The January-dated EUA contract closed 1% lower day-on-day at EUR 86.32/tonne.

As for crude, Brent and WTI continued to climb amid unrest in OPEC+ producer Kazakhstan and continued outages in Libya.

On Thursday Chevron, stakeholder in the Tengiz oilfield – the largest in Kazakhstan – announced that there has been a "temporary adjustment to output due to logistics" as a result of protests at the field. 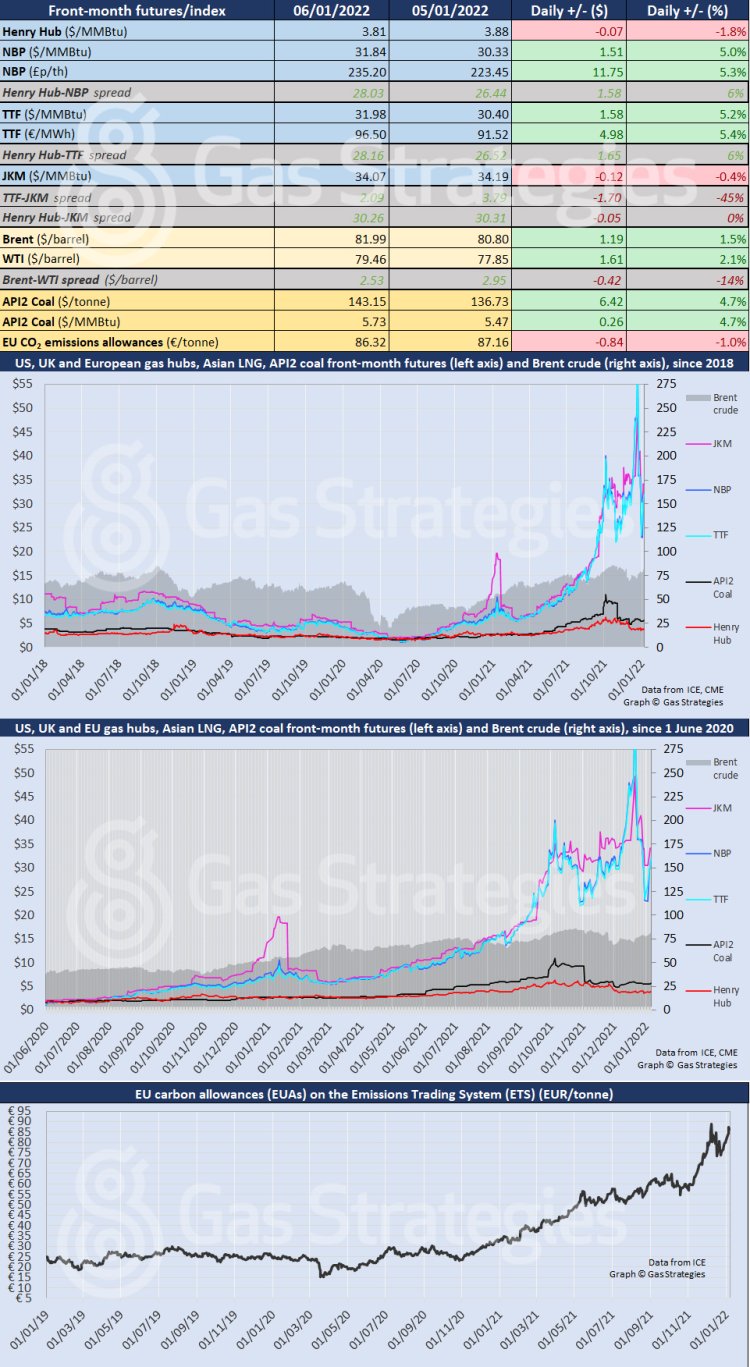