The losses were pinned on profit taking, with fundamentals remaining unchanged – Russian flows remained stable, with exports via Nord Stream 1 at ~33 MMcm/d.

TTF was rallying on Monday morning after Gazprom announced on Saturday that it had stopped supplying gas to Latvia “due to violation of the conditions for gas withdrawal”.

In the US, the September-dated Henry Hub contract bounced back, settling 1.2% higher at USD 8.23/MMBtu. The marker was lifted by forecasts of hot weather heading into August and lingering concerns over gas production growth. 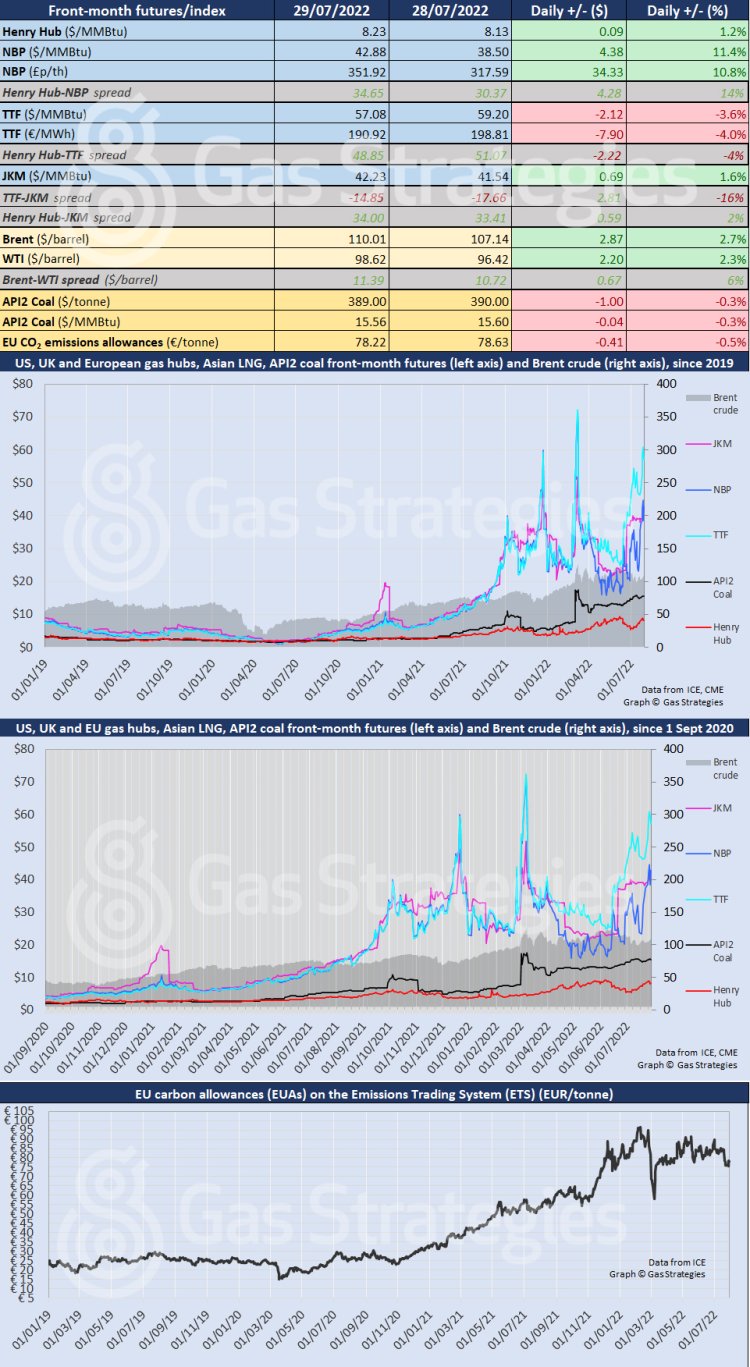