European gas prices slumped to a five-day low on Monday, despite a drop in flows from Norway and continued concerns over Europe’s gas storage levels.

The fall came despite pipeline flows from Norway falling to 341 Mcm/d, down from 348 Mcm/d on Friday, according to EnergyScan.

Higher LNG imports into Europe over the first week of January have weighed on gas prices, however concerns persists over Europe’s gas storage levels.

The slumping gas prices weighed on the European carbon price, which closed 6.2% lower at EUR 79.74/tonne – its lowest close since 30 December, 2021.

US gas benchmark Henry Hub returned to the USD 4/MMBtu range for the first time since 29 December 2021 after rallying by 4.2% on Monday. Forecasts for colder weather have helped lift Henry Hub in recent days.

As for crude, Brent and WTI continued to fall on Monday amid concerns rising Omicron case could hit oil demand. Brent closed 1.1% lower at USD 80.87/barrel, with WTI settling 0.8% lower at USD 78.23/barrel. 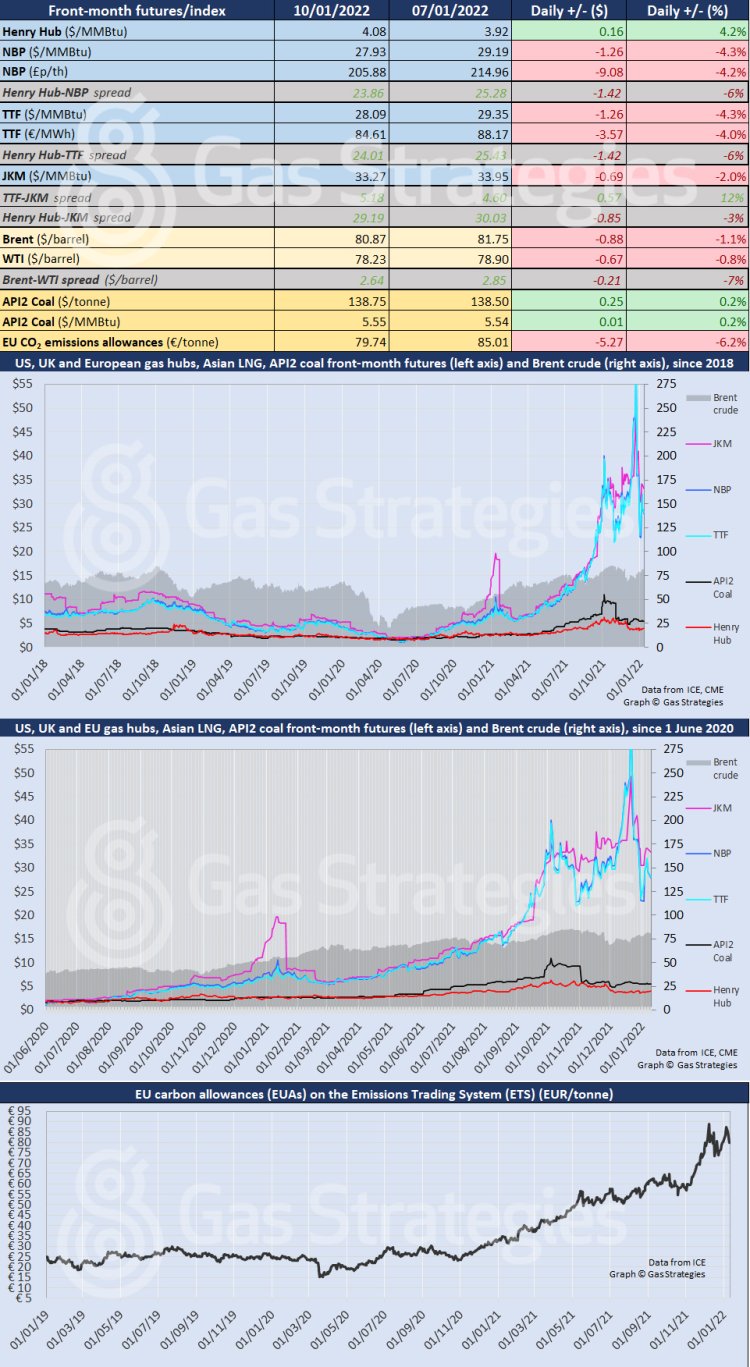