US gas benchmark Henry Hub settled at its highest level since late November 2021 on Wednesday, with the rally pinned on expectations of higher heating demand next week as forecasts show colder weather for much of the US.

Henry Hub surged towards the USD 5/MMBtu mark yesterday after rallying by 14.3%. The marker has rallied by nearly 30% since the start of the year, with the gains pinned on colder weather and soaring US LNG exports.

Feedgas supplies to US LNG plants topped 12.6 Bcf/d on Wednesday – the highest level since 19 December 2021, when liquefaction plants received 12.72 Bcf/d, according to data compiled by RonH Energy.

Forecasts suggest much of the US will be hit a cold front next week, which is expected to drive gas demand for heating.

Across the pond, gas prices in Europe continued to slide on Wednesday amid higher LNG imports – namely from the US.

The February-dated NBP and TTF contracts fell by 4.9% and 4%, respectively yesterday. The Dutch marker settled at the equivalent of USD 25.18/MMBtu – USD 0.53/MMBtu higher than the UK gas benchmark.

The European carbon price returned to the red, closing 1.6% lower at EUR 79.69/tonne.

As for crude, Brent and WTI hit a two-month high on Wednesday, with prices lifted by a strong draw on US oil storage and a weaker US dollar.

Oil inventories in the US fell by 4.6 million barrels last week to 413.3 million barrels – the lowest level since October 2018 – the US Energy Information Administration said. Analysts polled by Reuters had suggested a draw down of 1.9 million barrels. 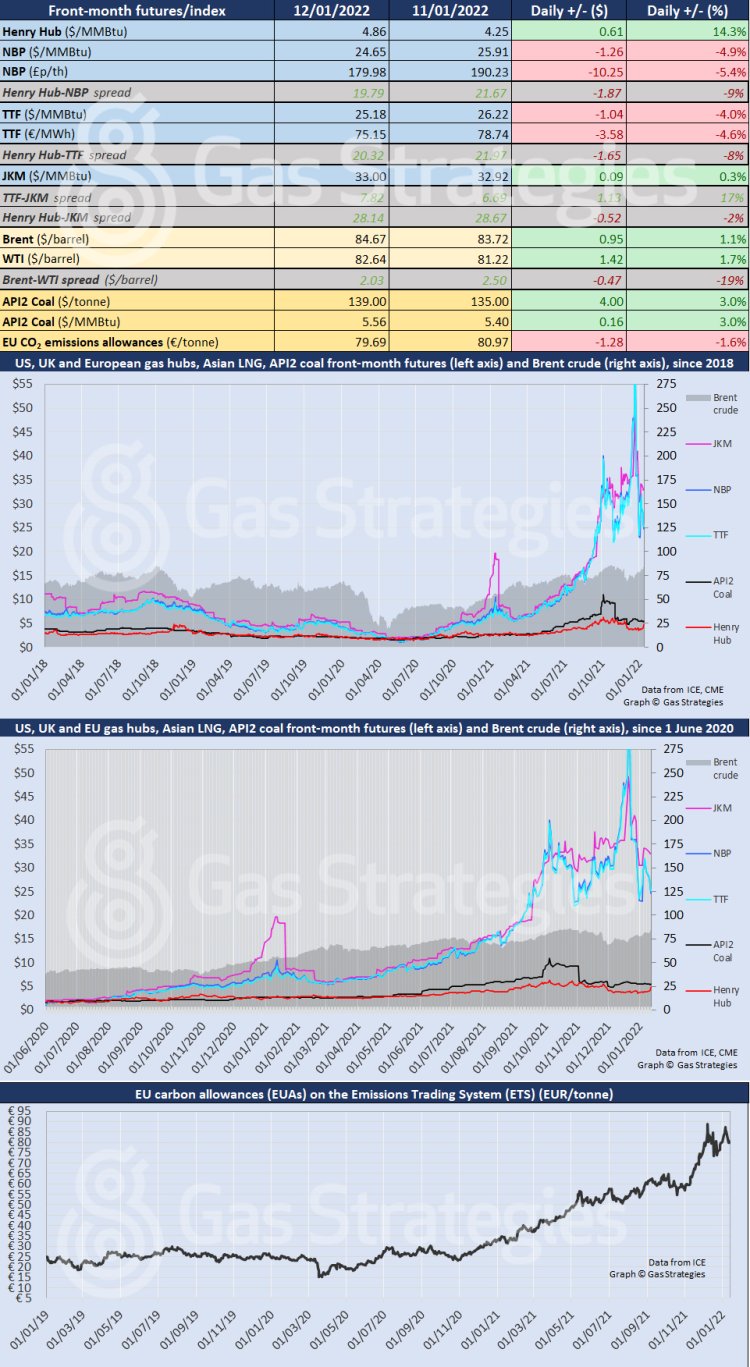