The bull run by European gas benchmarks TTF and NBP shows no sign of ending any time soon, with prices hitting fresh record highs on Friday. Prices were soaring on Monday morning, as TTF topped EUR 60/MWh for the first time.

The front-month TTF and NBP contracts hit record highs on Friday amid a weak supply outlook, which is exacerbating concerns over Europe’s gas storage levels going into winter.

TTF and NBP both topped the equivalent of USD 20/MMBtu on Friday, with the UK marker maintaining its premium over the Dutch gas benchmark.

European gas prices look on course to hit fresh highs on Monday with TTF hitting EUR 60/MWh for the first time ever during morning trading.

Aiding the rally on Monday was an announcement from Germany’s network regulator NBA, which said it has commenced the certification process for the Nord Stream 2 pipeline. The regulator said the process could take up to four months – potentially dashing Gazprom’s hopes of launching the pipeline this year.

In the US, the front-month Henry Hub contract fell from a seven-year high reached on Thursday, with the gas benchmark settling 1.8% lower at USD 4.94/MMBtu. The loss was pinned on profit taking.

Production outages in the US Gulf of Mexico have been supporting oil and gas prices, however progress is being made in lifting the shut-ins.

Over 95% of US GoM production was shut-in ahead of Hurricane Ida, which made landfall in Louisiana on 29 August, with outages standing at ~77% over much of last week.

The outages provided a lift to crude prices, which rallied by over 2% on Friday. 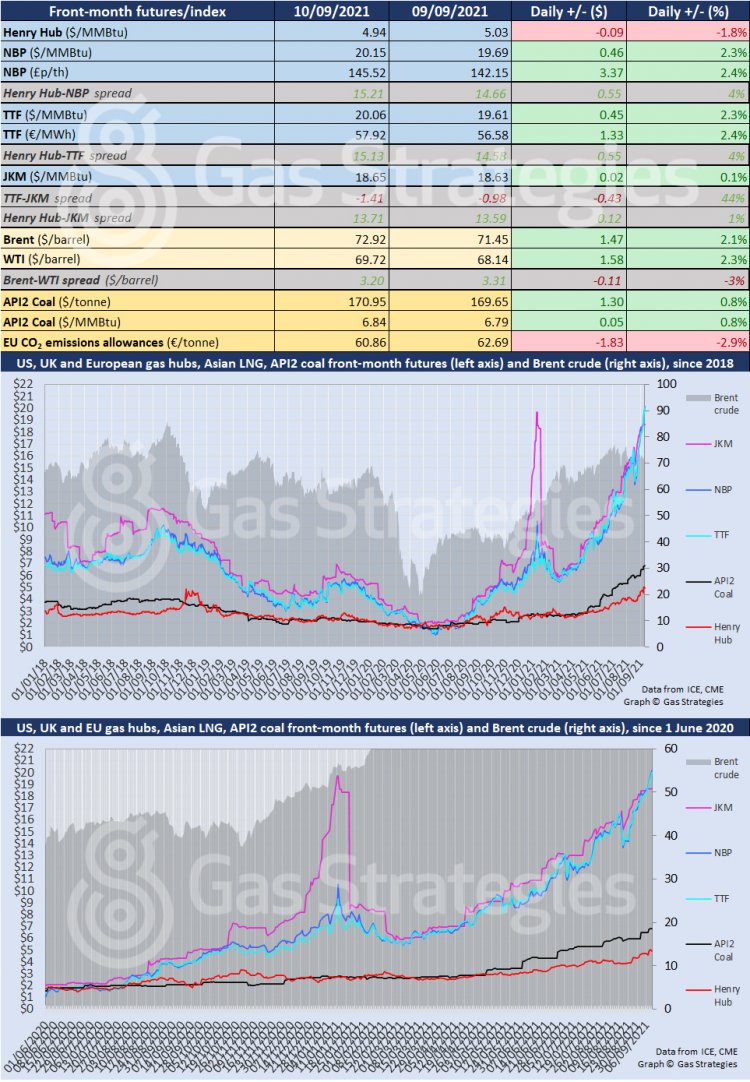