The front-month TTF and NBP contracts settled at record highs to start the week, with the UK gas benchmark settling at the equivalent of USD 38.97/MMBtu – USD 0.54/MMBtu higher than the Dutch marker.

Gas inventories in Europe are currently ~62% full, a level approximately 17% lower than the five-year average for the second week of December.

Monday’s rally saw NBP extend its premium over Asian LNG marker JKM – which settled at USD 35.73/MMBtu. TTF took a premium over JKM on Monday, signalling that competition for cargoes between Asian and European buyers could heat up.

As for crude, prices slipped amid concerns that Omicron could hit oil demand. Brent closed 1% lower at USD 74.39/barrel, with WTI down 0.5%, closing at USD 71.29/barrel. 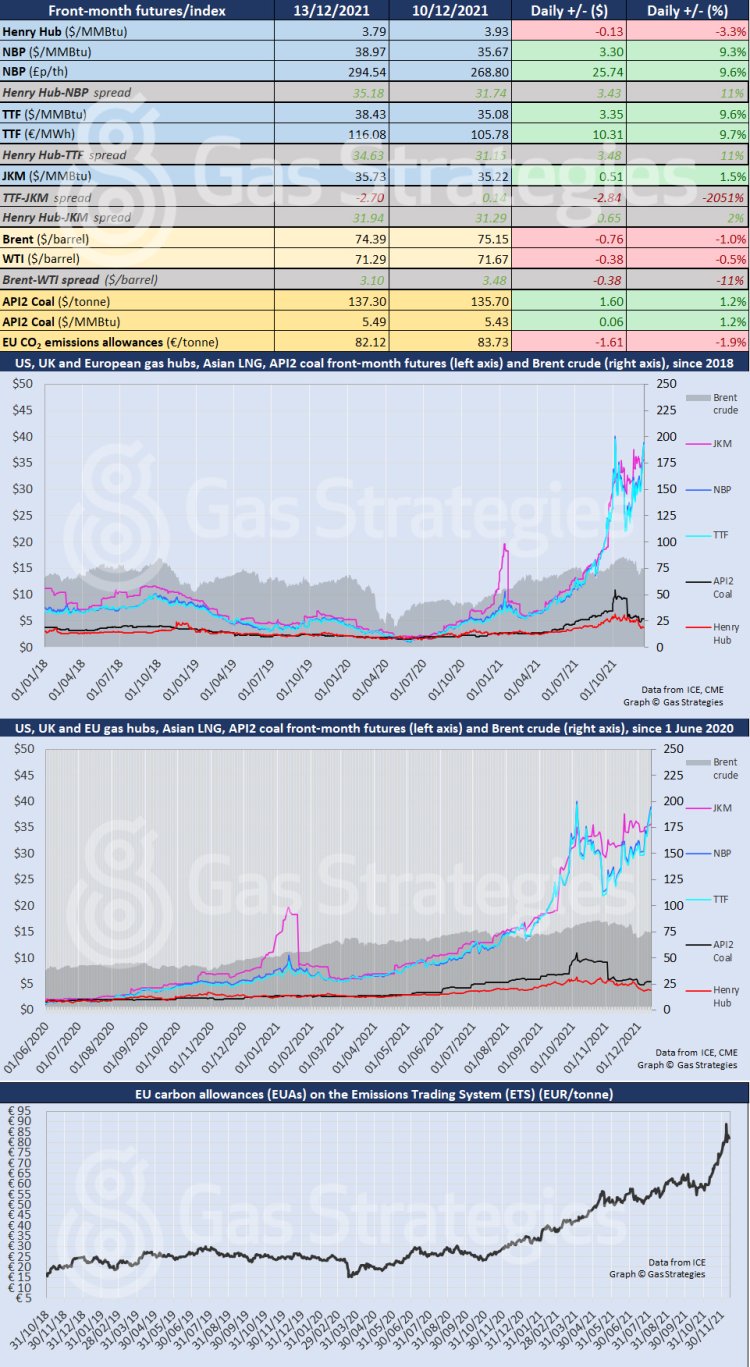