European gas prices hit fresh record highs on Tuesday, with TTF and NBP at a record premium to US gas benchmark Henry Hub.

The front-month TTF and NBP contracts continued to climb on Tuesday, settling at fresh record highs amid increasing winter supply concerns as storage levels in Europe are quickly depleting and colder weather is expected to sweep the continent next week.

The UK marker closed at the equivalent of USD 42.77/MMBtu – USD 0.40/MMBtu higher than the Dutch gas benchmark. With gas prices in Europe trading at record highs, market observers suggest that there will be more gas-to-coal and gas-to-fuel oil switching in the power sector. Demand destruction may also be seen in the industrial sector – like it was when gas prices spiked in early October.

Tuesday’s rally saw the European gas benchmarks take a record premium over US marker Henry Hub – which continued to slide yesterday amid mild weather in the US. The front-month Henry Hub contract closed at USD 3.75/MMBtu, marking a five-day low.

TTF and NBP also extended their premium over Asian LNG marker JKM, which settled 0.1% higher on Tuesday to close at USD 35.77/MMBtu.

As for crude, prices continued to fall after the International Energy Agency said supply will outstrip demand this month, with the gap increasing further over the first half of 2022. The Paris-based agency expects the Omicron variant to hit jet fuel demand as many nations are placing curbs on international travel. However, the IEA said expects the latest Covid-19 variant to only temporarily slow the recovery in crude demand.

"The surge in new COVID-19 cases is expected to temporarily slow, but not upend, the recovery in oil demand that is under way," the IEA said in its latest monthly oil report. 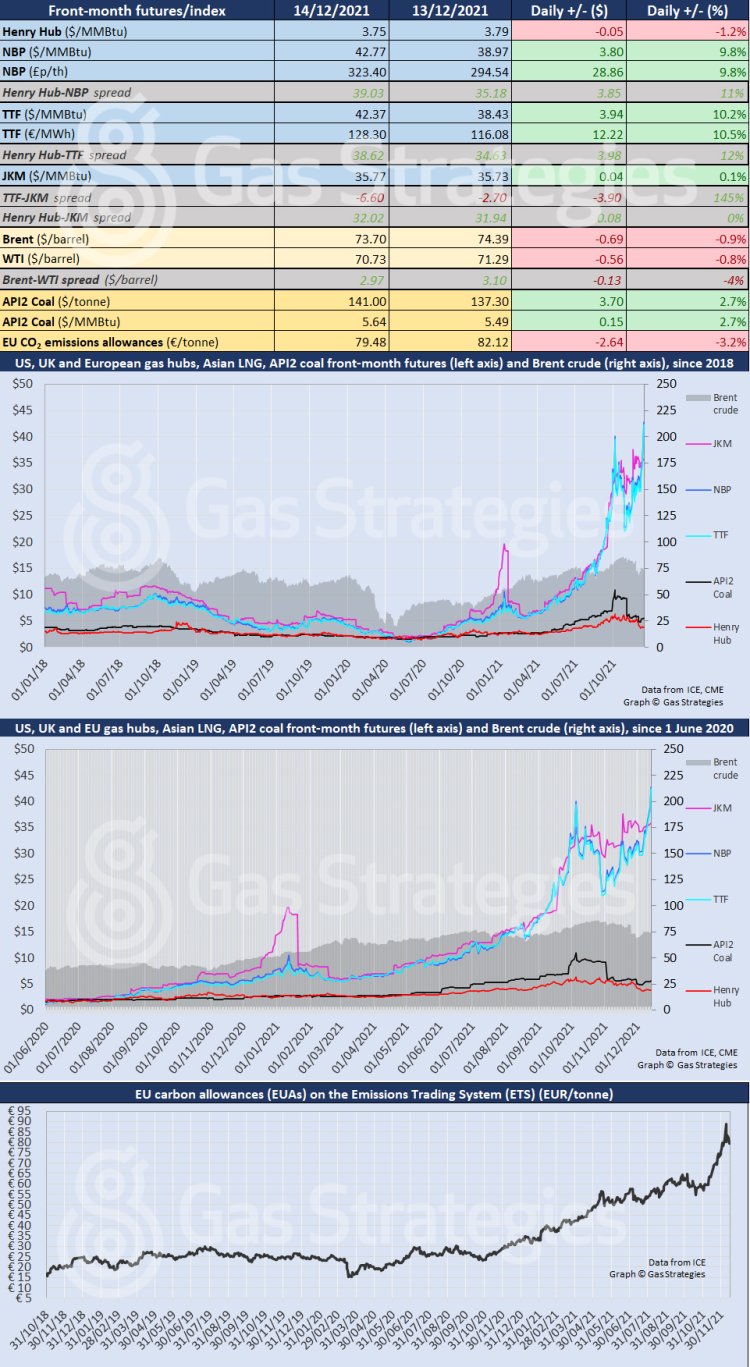