The front-month TTF and NBP contracts closed at the equivalent of USD 43.65/MMBtu and USD 44.26/MMBtu respectively yesterday. Expectations of colder weather starting next week, coupled with dwindling gas storage levels continue to support European prices. Further support is being provided by nuclear power outages in France, which is expected to lead to an increase in gas and coal use in the power sector over the coming weeks.

The rally on Wednesday saw the European markers settle at a record premium to US gas benchmark Henry Hub, which closed 1.5% higher at USD 3.8/MMBtu. TTF and NBP also increased their premium over Asian LNG marker JKM, which settled 0.3% higher at USD 35.87/MMBtu.

As for crude, prices were up 0.2% after the US Energy Information Administration (EIA) reported that US crude inventories fell by 4.6 million barrels last week – a level that was higher than expected. 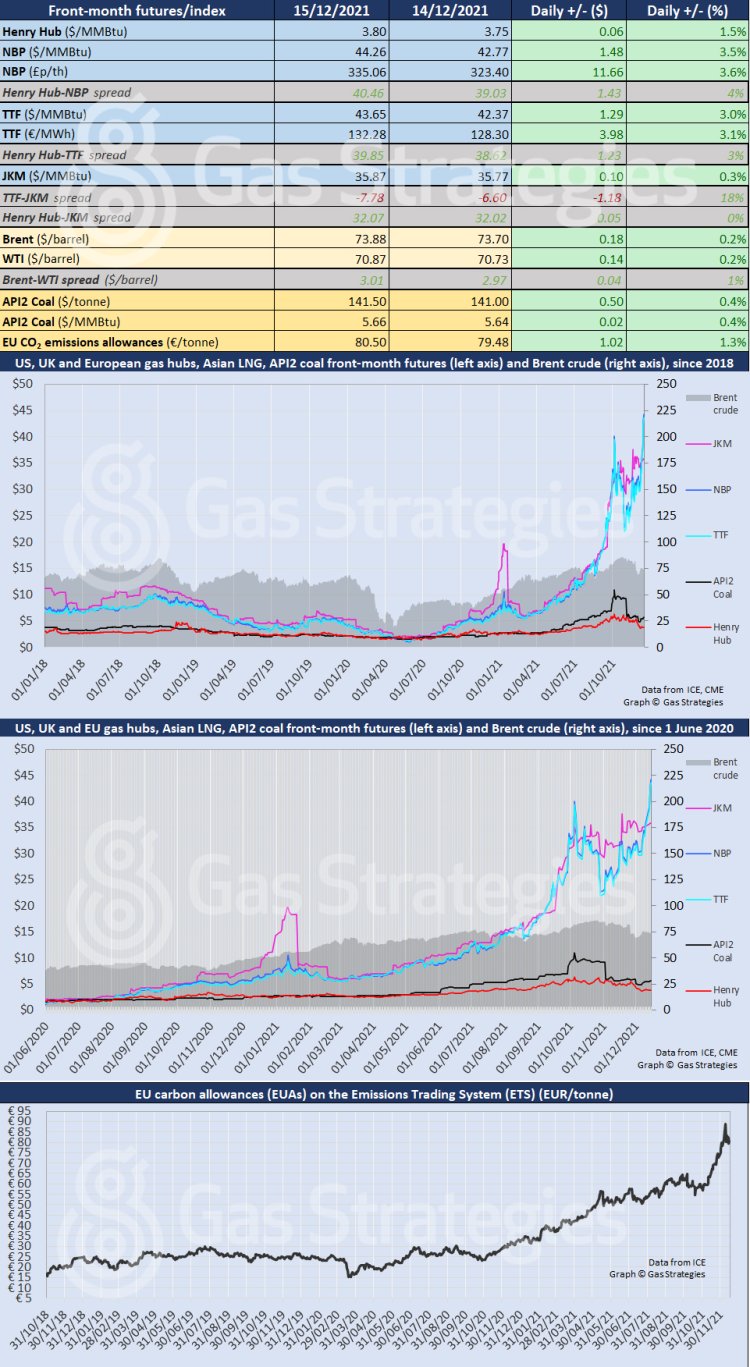