European gas prices continued to climb on Friday amid an unplanned outage in Norway and EDF revising its 2022 nuclear production target lower.

The February-dated NBP and TTF contracts settled 1.1% and 1.3% higher, respectively on Friday. The Dutch marker settled at the equivalent of USD 29.09/MMBtu – USD 0.64/MMBtu higher than the UK gas benchmark.

The rally was pinned on an unplanned outage at the Troll gas field, offshore Norway. Prices were also supported by EDF announcing a downward revision to its 2022 nuclear production target due to extended outages at five of the firm’s nuclear reactors in France.

Across the pond, US gas benchmark Henry Hub fell for a second consecutive day, closing 0.2% lower at USD 4.26/MMBtu. The fall came despite colder weather in the US, especially in the north-east of the country, which is increasing gas demand for heating.

As for crude, Brent and WTI bounced back amid supply concerns – as OPEC+ is still not hitting its monthly quota – and on fears that Russia could invade Ukraine. 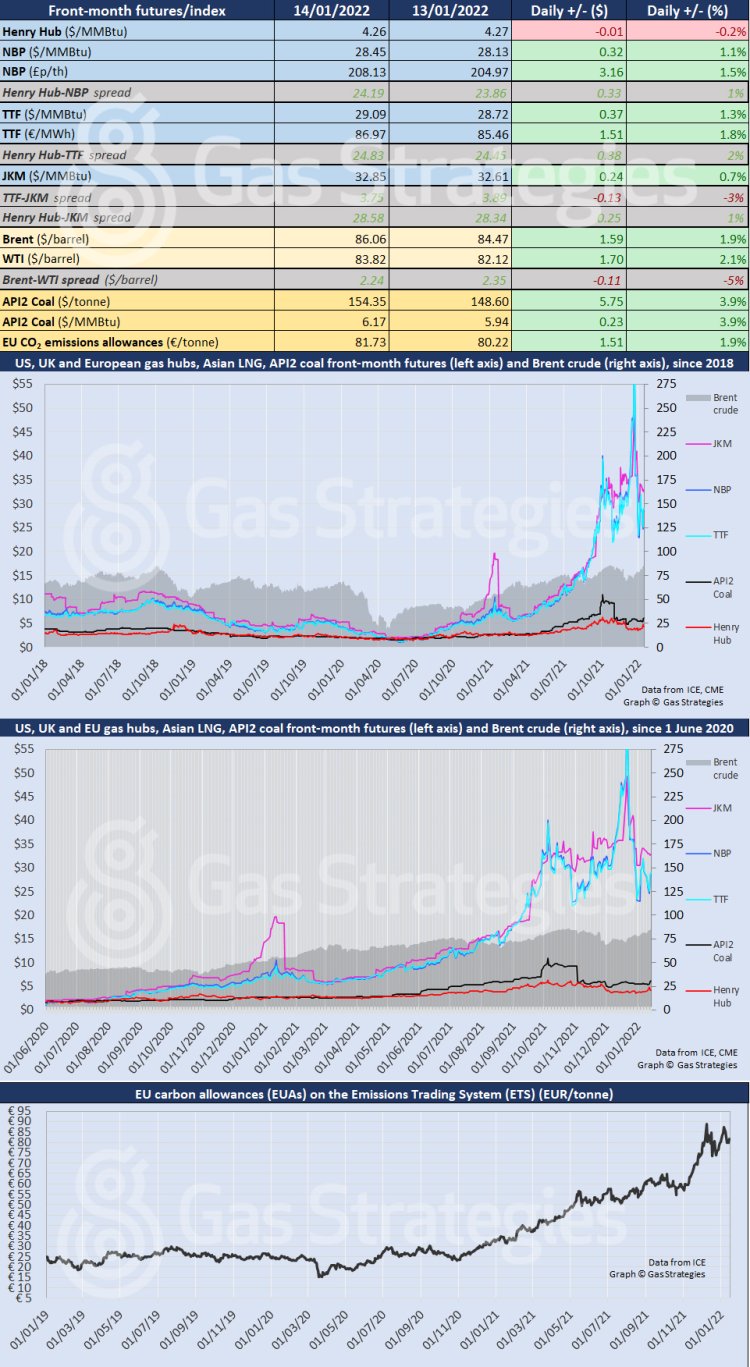