The front-month TTF contract closed 4.7% higher on Thursday to settle at the equivalent of USD 38.36/MMBtu – its highest close since 31 March.

The rally was pinned on Russian gas flows via the Nord Stream 1 pipeline falling further on Thursday, with flows dipping further on Friday – pushing TTF higher during morning trading.

Gazprom has been shutting down gas turbines at the  Portovaya compressor station and said it is waiting on equipment from Siemens, with the German firm having sent kit to Canada for maintenance. The Russian firm has said the equipment is stranded in Canada due to Western sanctions. Kremlin officials have suggested NS1 flows could grind to a halt due to technical issues.

The Dutch marker dipped during the session on news that the Canadian and German governments are engaged in talks to resolve the issues regarding the equipment, however prices recovered amid the slumping NS1 flows and soaring heat across Europe.

"The government of Canada is in active discussions with Germany about the turbines in question, and we are working to reach a resolution," a spokesman for Canada's Natural Resources Minister said on Thursday, according Reuters.

News of the talks weighed on NBP, trade sources told Gas Matters Today, with the UK marker settling 7.3% lower at the equivalent of USD 28.82/MMBtu.

Across the pond, US gas benchmark Henry Hub continued to climb, settling 0.6% higher at USD 7.46/MMBtu.

As for Asian LNG marker JKM, the July contract remained unchanged as the contract expires on Friday.

The August and September JKM contracts continued to  climb, with spot LNG prices in Asia hitting USD 38/MMBtu this week amid expectations of stronger demand from Europe in light of lower flows from Russia, with LNG supply tightening following the outage at the Freeport LNG plant in Texas.

Crude prices staged a recovery, with prices pushed higher after Washington announced sanctions on Chinese and Emirati companies that have helped support exports of petrochemicals from Iran. 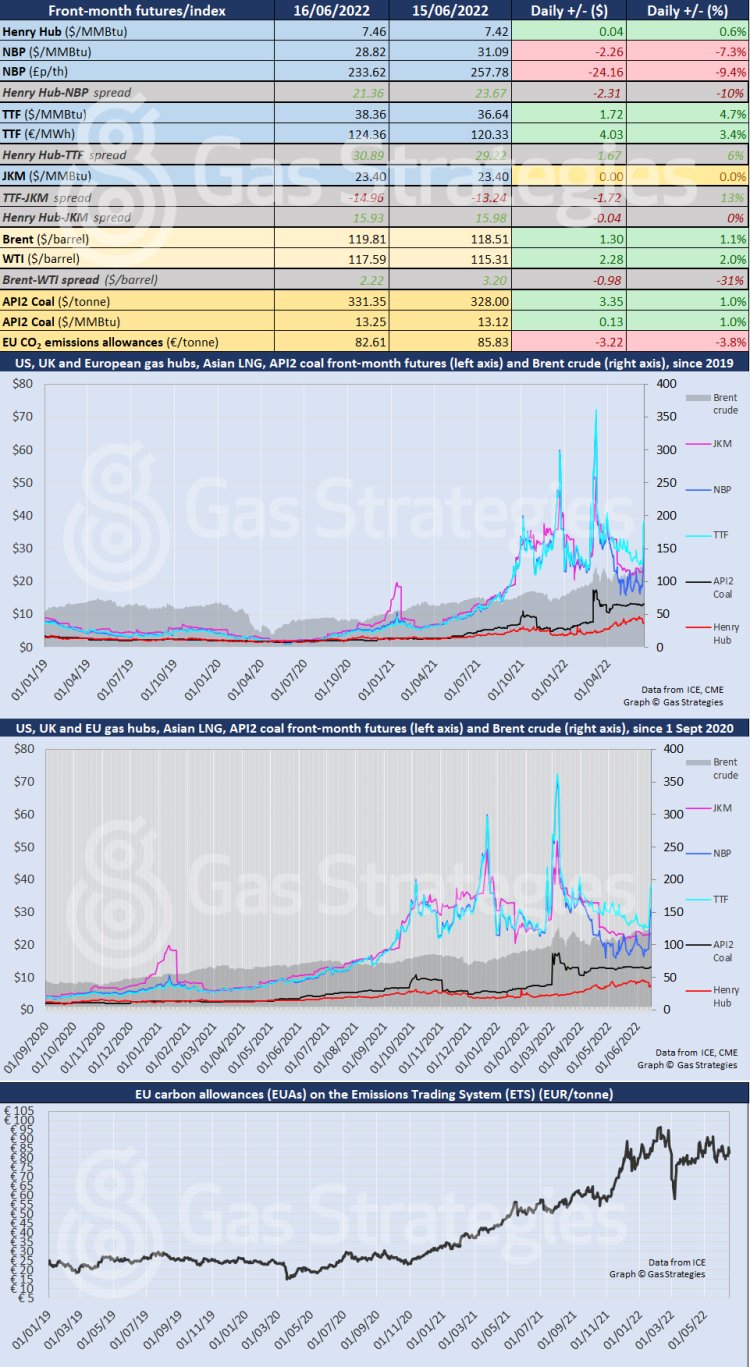