Oil prices continued to climb on Monday, with Brent crude approaching a seven-year high during the session amid a tight supply outlook.

Oil has been lifted by supply concerns, with OPEC+ failing to hit its monthly production quota. Crude prices could close higher on Tuesday as the rally continued during morning trading, with crude moving higher after the Houthi rebels launched drone and missile attacks on the United Arab Emirates (UAE).

ADNOC reported on Monday that an “incident” occurred at its Mussafah fuel depot that resulted in “the outbreak of a fire”. The incident claimed the lives of three ADNOC employees, the Abu Dhabi-based firm said.

As for gas, European prices continued to fall on Monday despite ongoing unplanned outages in Norway.

Strong LNG imports into Europe have helped tame gas prices in recent weeks, however prices could rally on Tuesday amid growing unplanned outages in Norway.

CME’s Henry Hub, JKM and API2 coal contracts remained unchanged on Monday as there was a public holiday in the US. 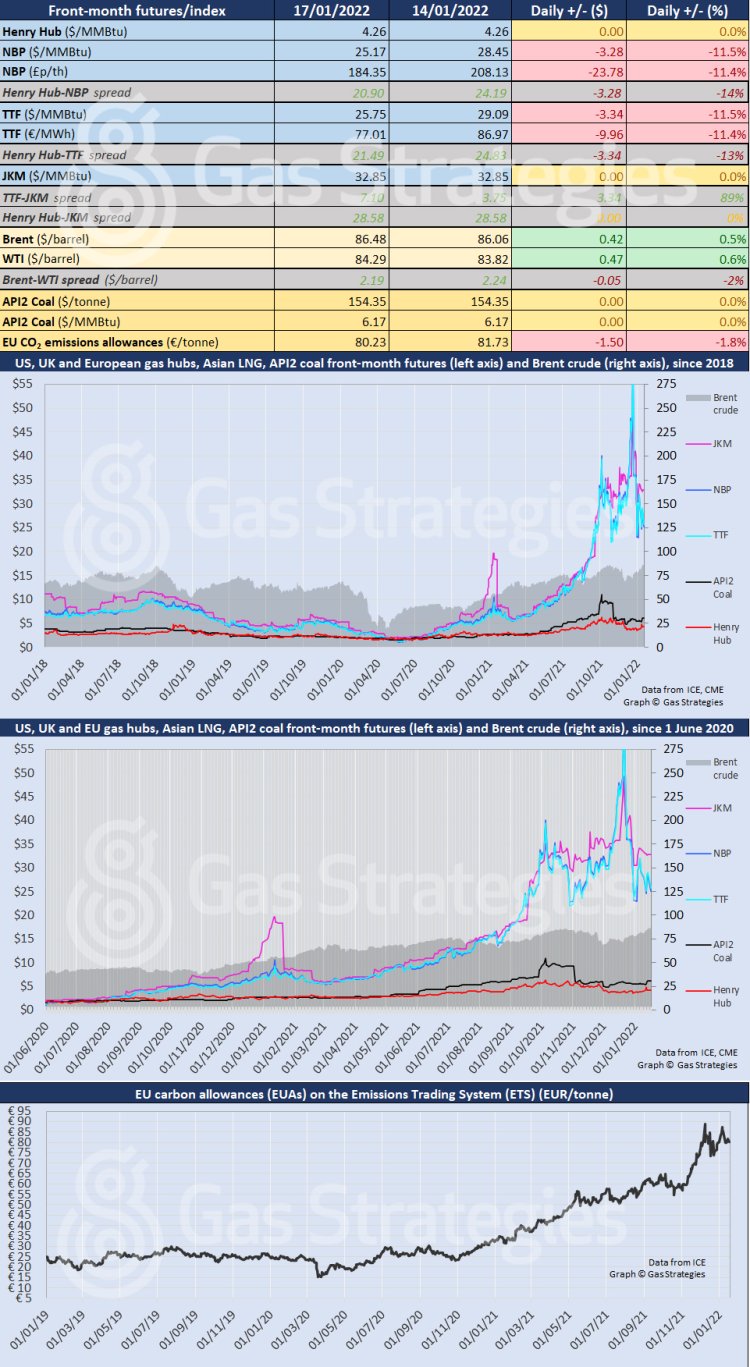