European gas benchmarks TTF and NBP fell further on Thursday, however prices are set for a strong weekly gain amid expectations of an uptick in gas demand due to a looming cold snap.

The front-month TTF and NBP contracts fell 1.7% and 1.4% respectively on Thursday. The Dutch marker closed at the equivalent of USD 34.11/MMBtu, with NBP settling at USD 31.63/MMBtu.

Strong wind power generation and a recovery in flows from Norway – following unplanned outages at the Asgard and Visund fields – has weighed on European gas prices over the last two days. Flows from Norway dipped below 300 MMcm/d on Monday and Tuesday, however gas nominations for Friday show flows at 321 MMcm/d, according to data compiled by Norwegian TSO Gassco.

While prices dipped further yesterday, TTF and NBP are expected to record strong weekly gains amid forecasts of colder weather across much of Europe over the weekend. TTF closed out last week at the equivalent of USD 29.6/MMBtu, with NBP at USD 26.9/MMBtu.

While European gas prices dipped, US gas benchmark Henry Hub continued to rally, closing 2.7% higher at USD 6.37/MMBtu. Expectations of colder weather across the US north-east has pushed prices higher in recent days, with some market observers expecting withdrawals from US storage sites. US gas storage levels are just shy of the five-year average following a series of strong injections over recent weeks which has weighed on Henry Hub.

Crude prices remained in the red on Thursday amid rising Covid-19 cases in China and reports suggesting US interest rates could be hiked. 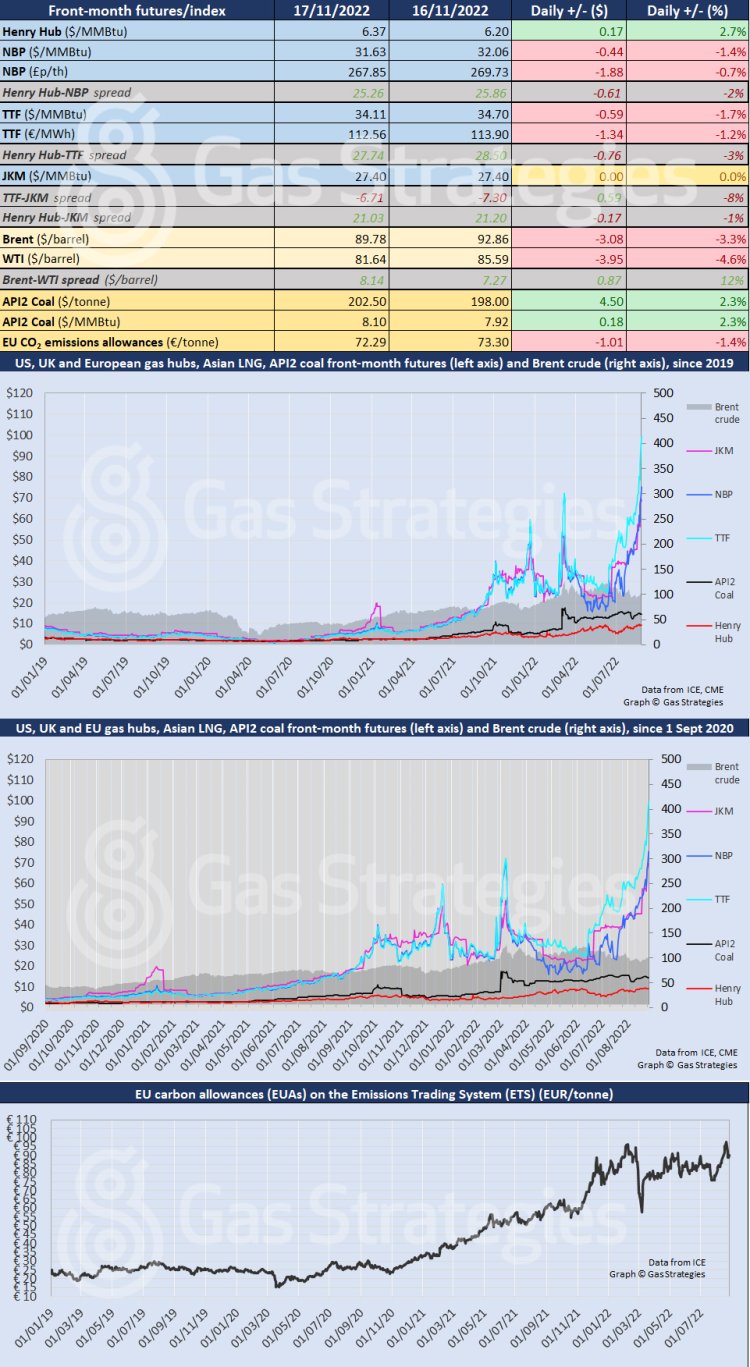