Oil prices hit their highest level since October 2014 on Tuesday, amid a tight supply outlook, coupled with rising tensions in the Middle East and Russia.

The front-month Brent and WTI contracts settled 1.2% and 1.4% higher, respectively on Tuesday. Brent settled at USD 87.51/barrel, with WTI closing at USD 85.43/barrel.

Supply concerns have lifted crude prices in recent days, with tensions in the Middle East and Russia offering further support on Tuesday. Yemen's Houthi rebels launched drone and missile attacks on the UAE on Monday, resulting in the destruction of fuel trucks and the death of three people.

Concerns are also growing over a potential invasion of Ukraine by Russia. Moscow has stationed a large number of troops near Ukraine’s border, with some troops also heading to Belarus this week. Moscow and Minsk have said their troops are conducting joint military exercises.

As for gas, European prices staged a minor recovery on Tuesday amid ongoing unplanned outages in Norway. However strong LNG imports into Europe has helped cap price increases.

The February-dated NBP and TTF contracts settled over 1% higher on Tuesday. The Dutch marker settled at the equivalent of USD 26.02/MMBtu – USD 0.54/MMBtu higher than the UK gas benchmark. 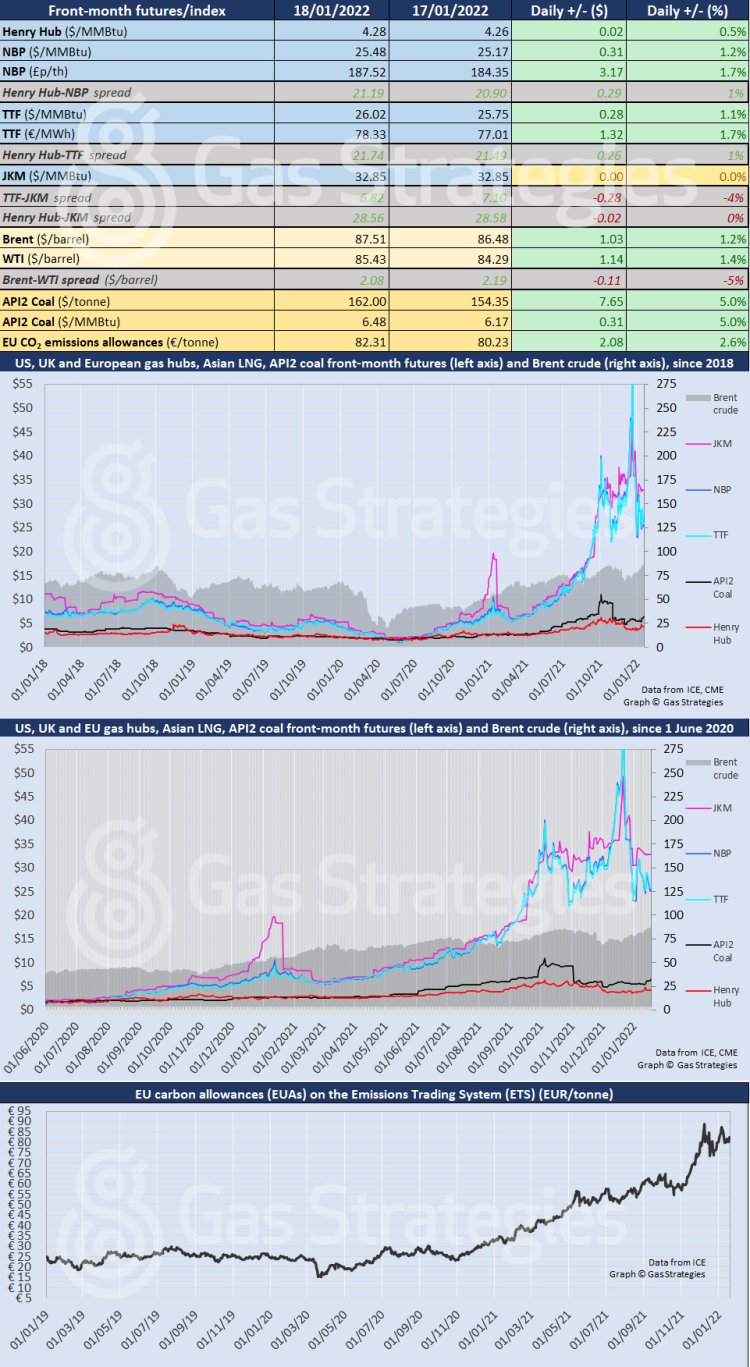