Crude prices rebounded on Friday, however prices were falling during trading on Monday morning after OPEC and its allies reached a deal on Sunday to increase oil production starting in August.

Oil prices recorded a modest increase on Friday, however prices were plummeting on Monday morning after OPEC and its allies, collectively known as OPEC+, reached an agreement to increase production each month – starting in August – through to the end of 2022.

The deal will ease fears over supply tightness over the second half of 2021, with some reports suggesting that there could now be a surplus should Covid-19 infections continue to increase across the globe.

Under the agreement reached on Sunday, OPEC+ has agreed to increase production by an additionally 400,000 barrels/d, starting in August, with the monthly increases to continue through to December 2022.

The deal comes weeks after the United Arab Emirates (UAE) opposed the plan – which was announced at the crude cartel’s monthly meeting at the start of July – with the Emirates reportedly believing its proposed production quota was too low.

Under Sunday’s deal, the UAE’s baseline production quota has been revised higher to 3.5 million barrels/d – an increase of 300,000 barrels/d from its current quota.

The increase means that the OPEC will have resorted roughly all the production cuts it made at the start of the Covid-19 pandemic – when the cartel cut production by nearly 10 million barrels/d.

As for gas, prices in Europe ended the week on a high, pushed higher by a bullish outlook.

The month-ahead TTF and NBP contracts rallied by 3.1% and 2.3% respectively. The increase saw TTF settle back in the USD 12/MMBtu range, with NBP closing just shy of USD 11.8/MMBtu.

The rally was pinned on lower wind power generation and the lower-than-average gas storage levels in Europe.

In the US, gas benchmark Henry Hub rebounded on Friday, increasing by 1.7% to close at USD 3.67/MMBtu. Prices rallied amid concerns over gas storage levels with injection levels remaining weak. 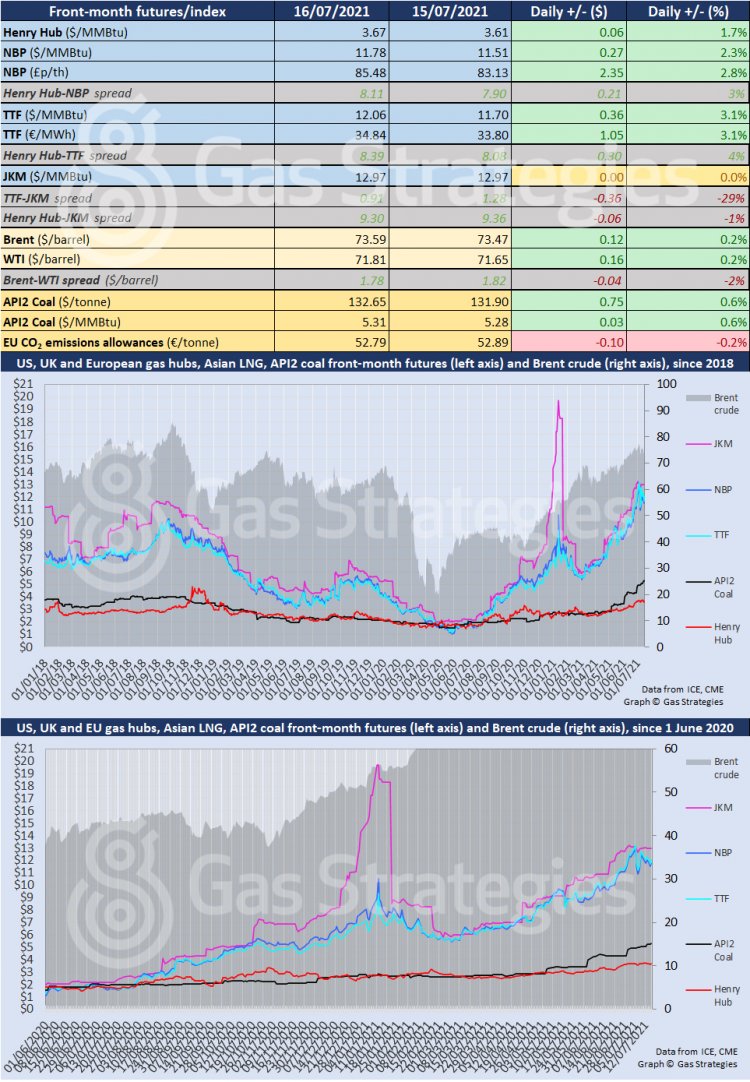