Asian LNG marker JKM made a strong start to the week, rallying by 6.2% to close at its highest level since December 2021.

The September-dated JKM contact settled at USD 44.83/MMBtu on Monday, its highest close since 22 December 2021. The Asian LNG marker settled nearly USD 2/MMBtu higher than UK gas benchmark NBP, with the result indicating that buyers in Asia are stepping up LNG purchases ahead of winter.

While JKM took a premium over NBP, the TTF-JKM spread widened to USD 15.6/MMBtu after the Dutch marker closed 5.9% higher at the equivalent of USD 60.43/MMBtu. TTF climbed after Gazprom confirmed it had halted supplies to Latvia over the weekend.

In the US, the September-dated Henry Hub continued to rally on the back of forecasts suggesting warmer weather for much of the country.

As for oil, prices stumbled at the start of the week. The October-dated Brent contract was down 9.1% compared to the close of the September-dated contract on Friday. WTI settled 4.8% lower. The fall was pinned on demand concerns amid weak manufacturing data from China and several European nations. 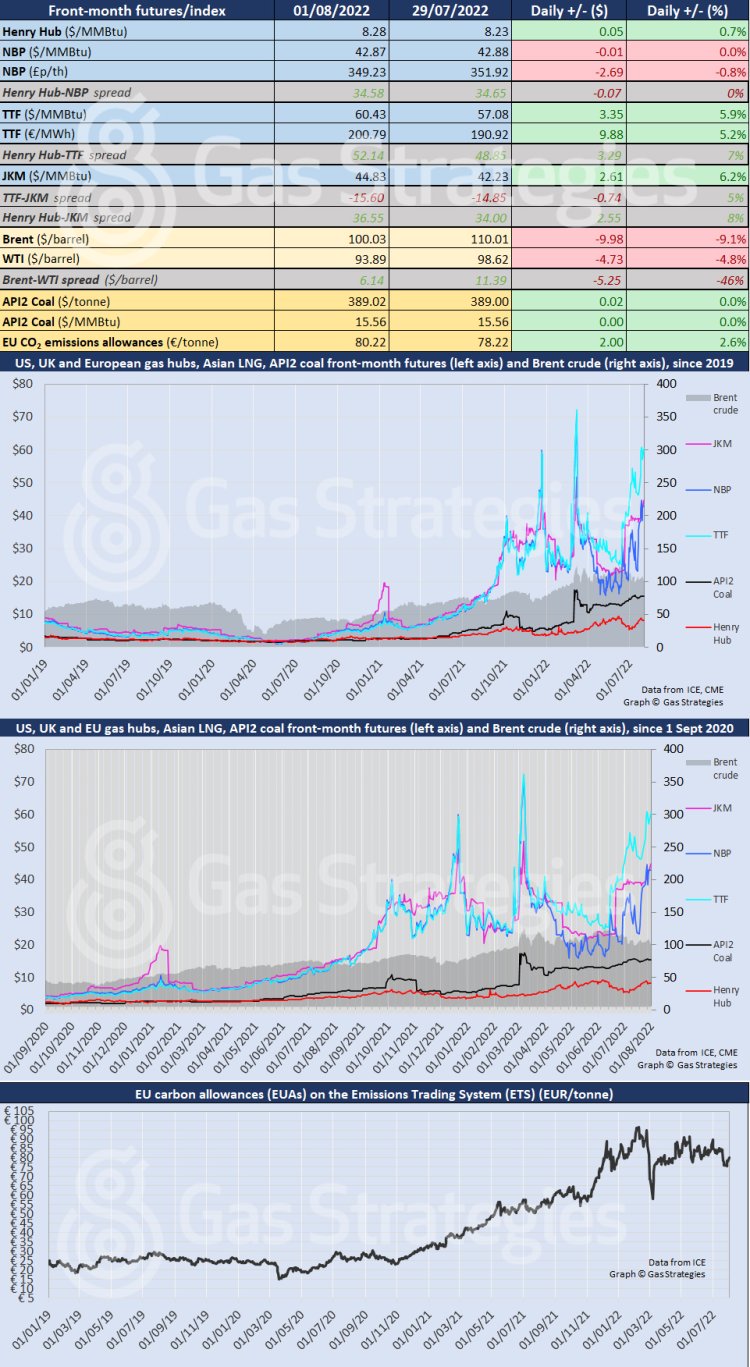