Oil prices continued to climb on Wednesday, with the rally prompted by an outage on a crude pipeline running from Iraq to Turkey.

The March-dated Brent and WTI contracts settled 1.1% and 0.4% higher, respectively on Wednesday. Brent settled at USD 88.44/barrel, with WTI closing at USD 85.8/barrel.

The rally was pinned on a fire on the Kirkuk-Ceyhan pipeline which transports crude from the north of Iraq to the port of Ceyhan in Turkey. The fire knocked out flows, exacerbating supply concerns. However, flows have now resumed.

The fire was caused by a falling power cable, and was not the result of a targeted attack, according to Reuters.

As for gas, European prices fell on Wednesday amid an increase in flows from Norway and strong LNG imports into Europe.

Unplanned outages in Norway are easing, with pipeline exports to Europe hitting 321 Mcm/d on Wednesday, up on the 264 Mcm/d exported on Tuesday, according to EnergyScan.

In the US, Henry Hub returned to the red, closing 5.9% lower at USD 4.03/MMBtu. Meanwhile, Asian LNG marker JKM was unchanged. 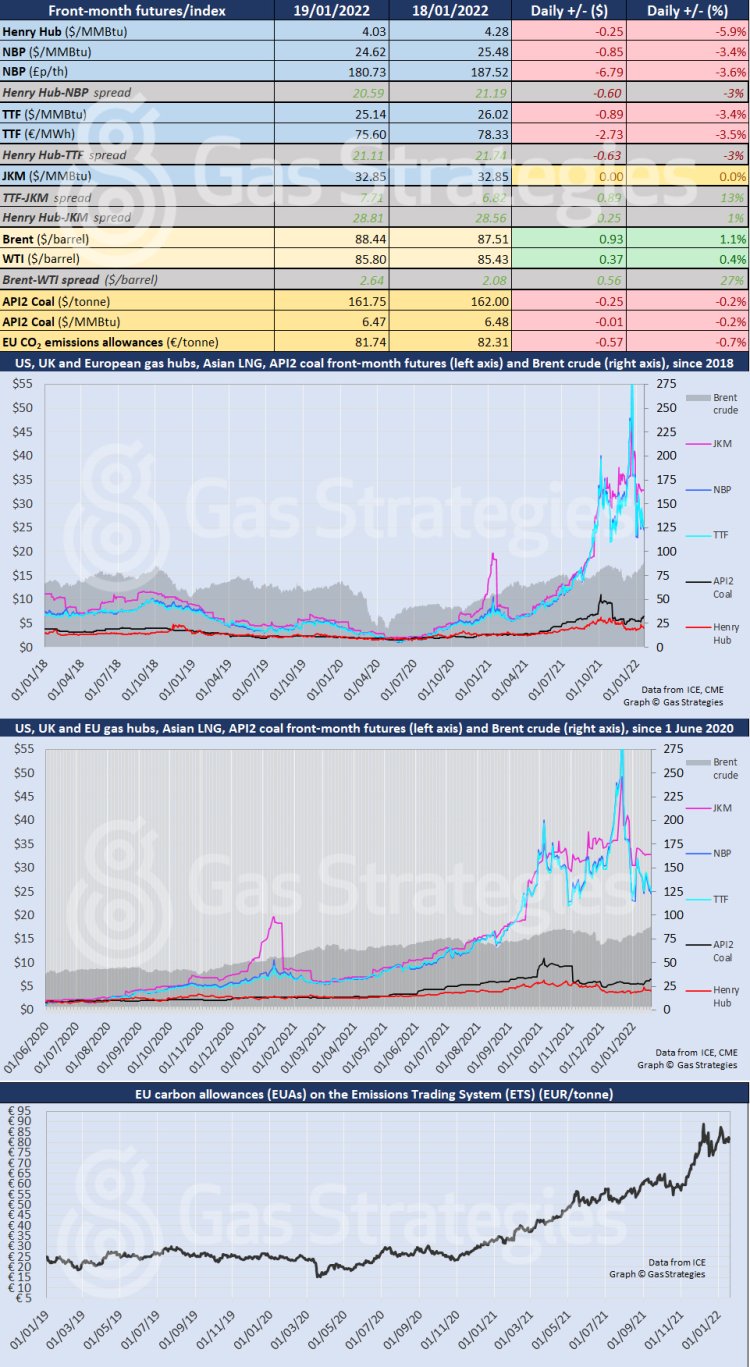