European natural gas slipped for the second day in a row on Thursday, despite Gazprom further cutting pipeline supplies via Ukraine. A big drop has been witnessed in JKM front-month contracts, with the price falling to its lowest since summer 2022.

Gazprom’s flows via Ukraine on Friday were 24.4 MMcm, down slightly on the 25.1 MMcm recorded on Thursday. Exports were ~32.6 MMcm earlier in the week.

Gazprom has previously said that the reduction was buyer-led, but this time the firm did not provide a reason. Analysts attributed the drop for Russian gas demand to European sport purchases currently being cheaper than Russian gas under long-term contracts.

The weather factor also continues to weigh on prices. Traders at Energi Danmark said in the firm's latest morning report that “since the forecasts for the next weeks look quite mild, it appears likely that the market will start falling again”.

Meanwhile, the Asian LNG benchmark JKM plunged by 14.4% to USD 22.95/MMBtu, its lowest since early June 2022. That compares to the first LNG price assessment for northwest Europe produced by ACER on Thursday of EUR 56.77/MWh (USD 61.53/MWh).

European gas prices had to increase, or Asian fall, in order to keep attracting active LNG supplies to the region, as it was currently more attractive to ship to northeast Asia, according to reports.

In the US, the Henry Hub fell 1.1% to USD 3.28/MMBtu, as the market is anticipating the release of the US Energy information Administration’s (EIA) weekly storage report. Storage withdrawals are forecast to be lighter-than average in the week ended 13 January. 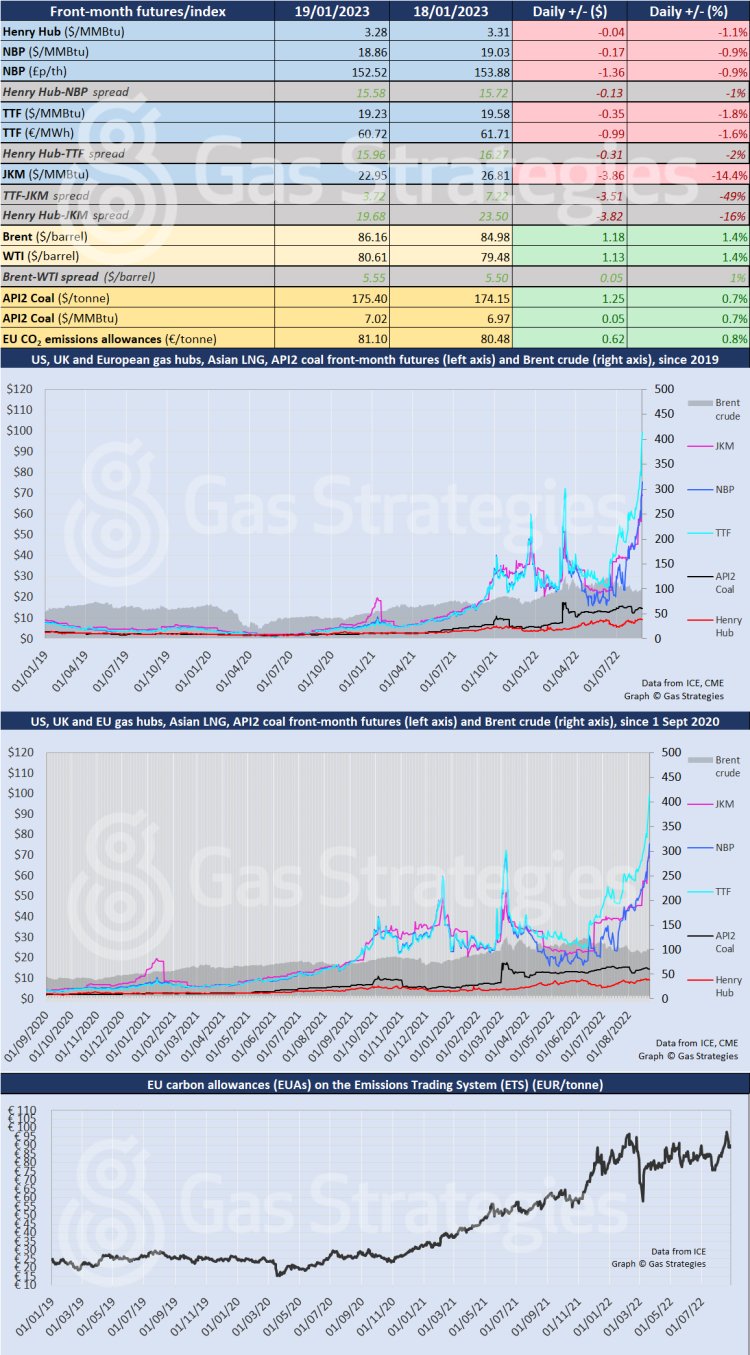