Dutch gas marker TTF and UK gas benchmark NBP both dipped by 3% at the start of the week, with the former settling at the equivalent of USD 53.43/MMBtu and NBP closing at USD 32.2/MMBtu. The losses saw both benchmarks settle at their lowest levels since July.

TTF and NBP have been falling due to strong builds in Europe’s gas storage levels, coupled with robust LNG imports. The EU’s gas storage sites were 85.99% full as of 18 September, according to GIE data. Storage levels are currently above the EU’s target of having sites 80% full by 1 November, meaning injections could slow in the coming weeks.

US gas benchmark Henry Hub also fell, closing 0.2% lower at USD 7.75/MMBtu. The fall came despite forecasts indicating warmer weather for much of the US in the coming weeks, which is expected to drive gas demand.

As for crude, prices pushed higher amid supply concerns triggered by OPEC+ failing to hit its production target in August, Reuters reported. 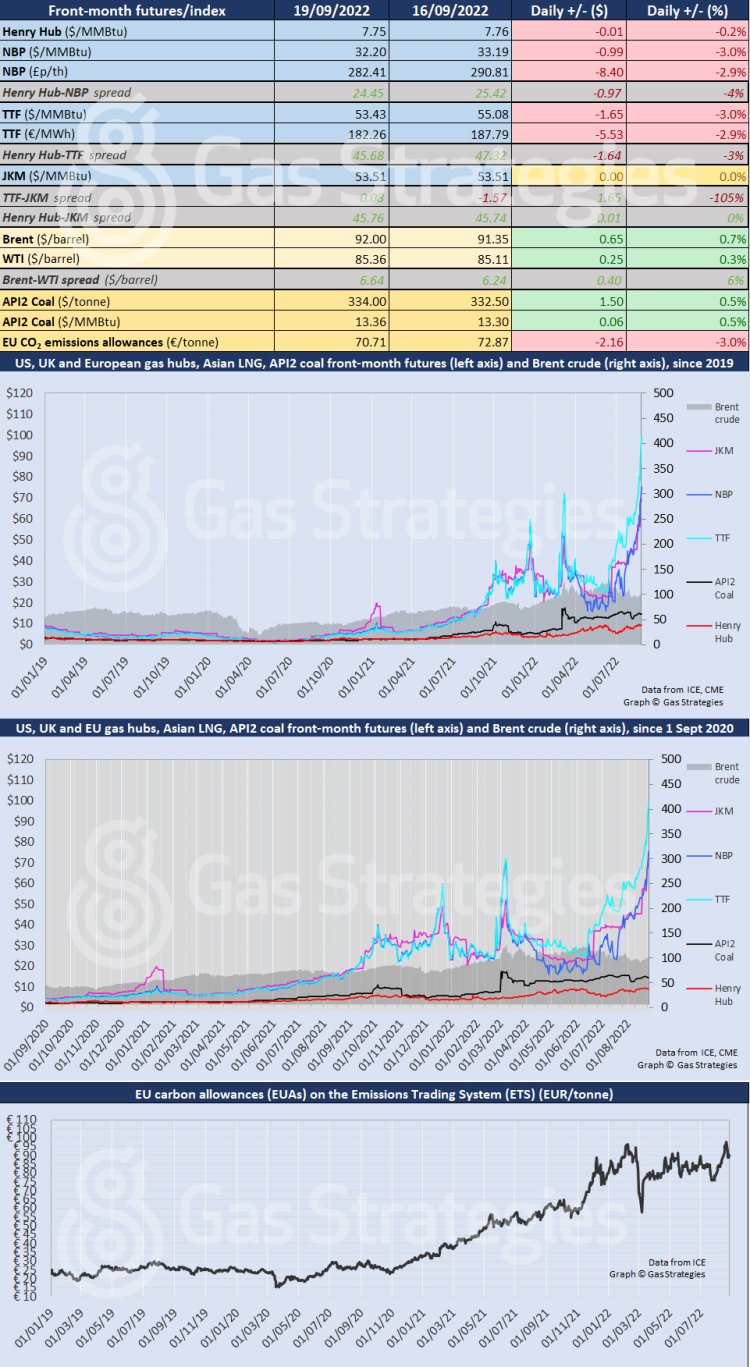