European gas prices brushed off Friday’s blip to hit fresh record highs on Monday amid a drop in pipeline flows from Russia.

Prices rallied amid a sharp reduction in flows from Russia, which stood at 258 Mcm/d on Monday, down from 351 Mcm/d on Friday, according to EnergyScan.

The latest monthly capacity auctions were also held on Monday, with Gazprom booking ~31 Mcm/d – through Ukraine and Poland – for delivery in January, indicating that the Russian firm will not increase flows on current levels.

Elsewhere, gas prices in Asia and Europe also rallied on Monday. The front-month JKM contract rolled over to February on Monday and closed 25.5% higher compared to the final day of trading of the January contract on Friday. JKM settled at USD 45.03/MMBtu on Monday, still at a discount to the February-dated TTF and NBP contracts. LNG cargoes are starting to divert from Asia to the premium priced European market, as gas storage sites in Asia are brimming. This week should see the first LNG reload from Japan to Europe, according to ship tracking data. Further cargoes could be reloaded and diverted from Asia in the coming weeks if European gas prices maintain their premium.

US gas benchmark Henry Hub closed 2.9% higher on Monday at USD 3.83/MMBtu. Strengthening US LNG exports have helped lift prices, with feedgas flows to US LNG plants hitting a record high of 12.73 Bcf/d on Sunday, according to data compiled by RonHEnergy.

The European carbon price rallied by 8.5% on Monday amid strengthening gas and coal prices in Europe. The front-month contract closed at EUR 79.53/tonne.

As for crude, prices continued to fall at the start of the week amid ongoing concerns that rising Omicron cases globally could dent oil demand. 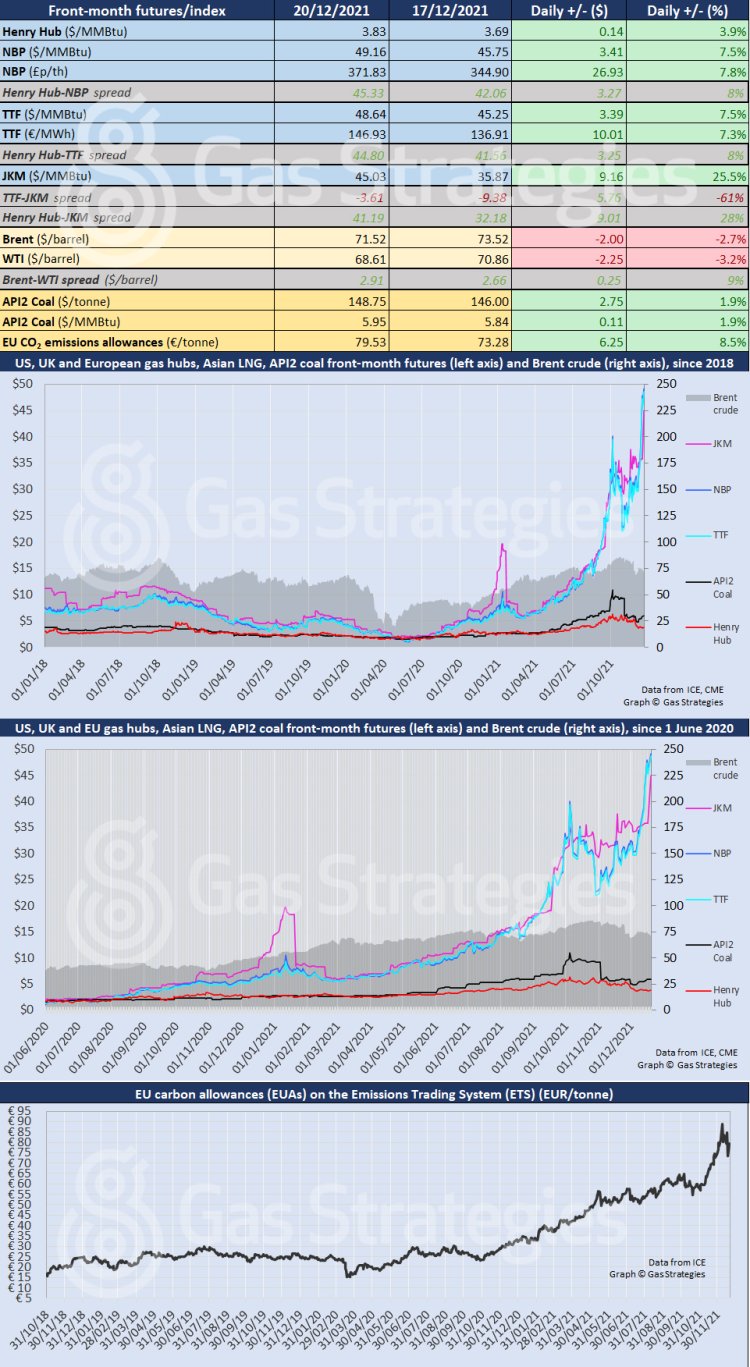