US gas benchmark Henry Hub slumped on Thursday, despite gas production in Texas plunging on Thursday as frigid weather knocked out gas wells.

The front-month Henry Hub contract closed 5.7% lower yesterday at USD 3.8/MMBtu. The drop came despite gas production in Texas plunging for a second time this month due to cold weather. Gas production in the Lone Star state dropped by over 2 Bcf/d on Thursday to just above 23 Bcf/d.

One trade source said production will remain lower today as colder weather moves in across Texas.

The current cold spell across the US is likely to see a strong draw on gas storage. The US Energy Information Administration (EIA) reported this week that 206 Bcf of gas was withdrawn from storage sites in the week ending 14 January, with the draw down much larger than the market expected.

The production issues, coupled with tightening storage levels, could support US gas prices in the coming days.

Across the pond, European prices continued to fall on Thursday amid an increase in flows from Norway and strong LNG imports into Europe.

Unplanned outages in Norway are easing, with pipeline exports to Europe hitting 332 Mcm/d on Thursday, up on the 321 Mcm/d exported on Wednesday, according to EnergyScan.

The February-dated NBP and TTF contracts settled 0.7% and 0.6% lower respectively yesterday. The Dutch marker settled at the equivalent of USD 24.99/MMBtu – USD 0.55/MMBtu higher than the UK gas benchmark.

Oil prices fell slightly on Thursday after strong gains earlier in the week.

The March-dated Brent and WTI contracts settled 0.1% and 0.3% lower respectively on Thursday. Brent settled at USD 88.38/barrel, with WTI closing at USD 85.55/barrel. 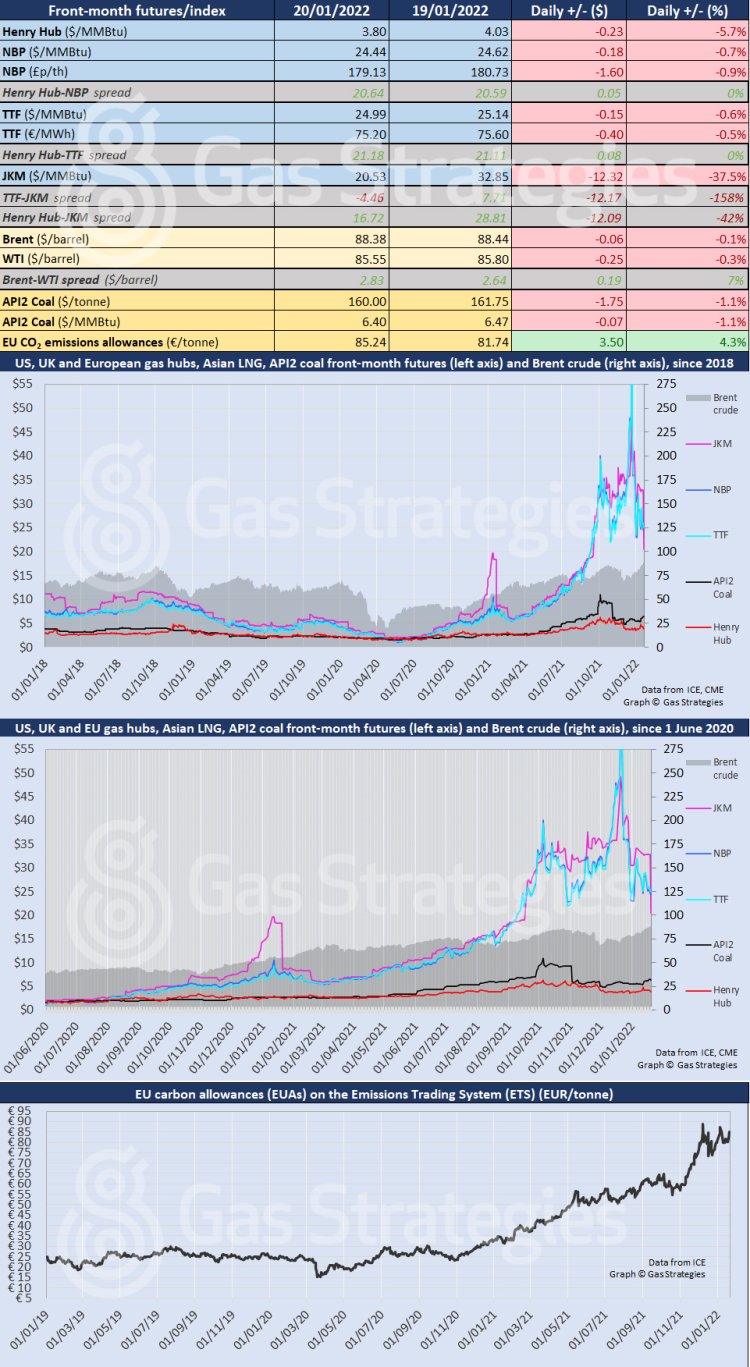