European natural gas prices diverged on Monday, with TTF rallying and NBP dipping at the start of the week.

The front-month TTF contract closed 3.1% higher at the equivalent of USD 37.26/MMBtu on Monday. The rally came despite several European nations, including Germany, Austria and the Netherlands, announcing plans to ramp up coal use in the power sector amid concerns over Russian gas supplies after Gazprom throttled flows via the Nord Stream 1 pipeline.

The proposed ramp up in coal-fired power across Europe supported the European carbon price on Monday, with the June-dated contract closing 2% higher at EUR 83.59/tonne.

As for oil, prices were up amid fresh supply concerns, however gains were capped by recession fears.

The front-month WTI contract rolled over to August, with the August-dated contract up USD 0.81/barrel compared with Friday’s close, but 0.7% lower compared to the July contract on the final day of trading last week. Brent closed 0.9% higher.

CME’s Henry Hub, JKM and API2 coal contracts remained unchanged on Monday as due to a public holiday in the US. 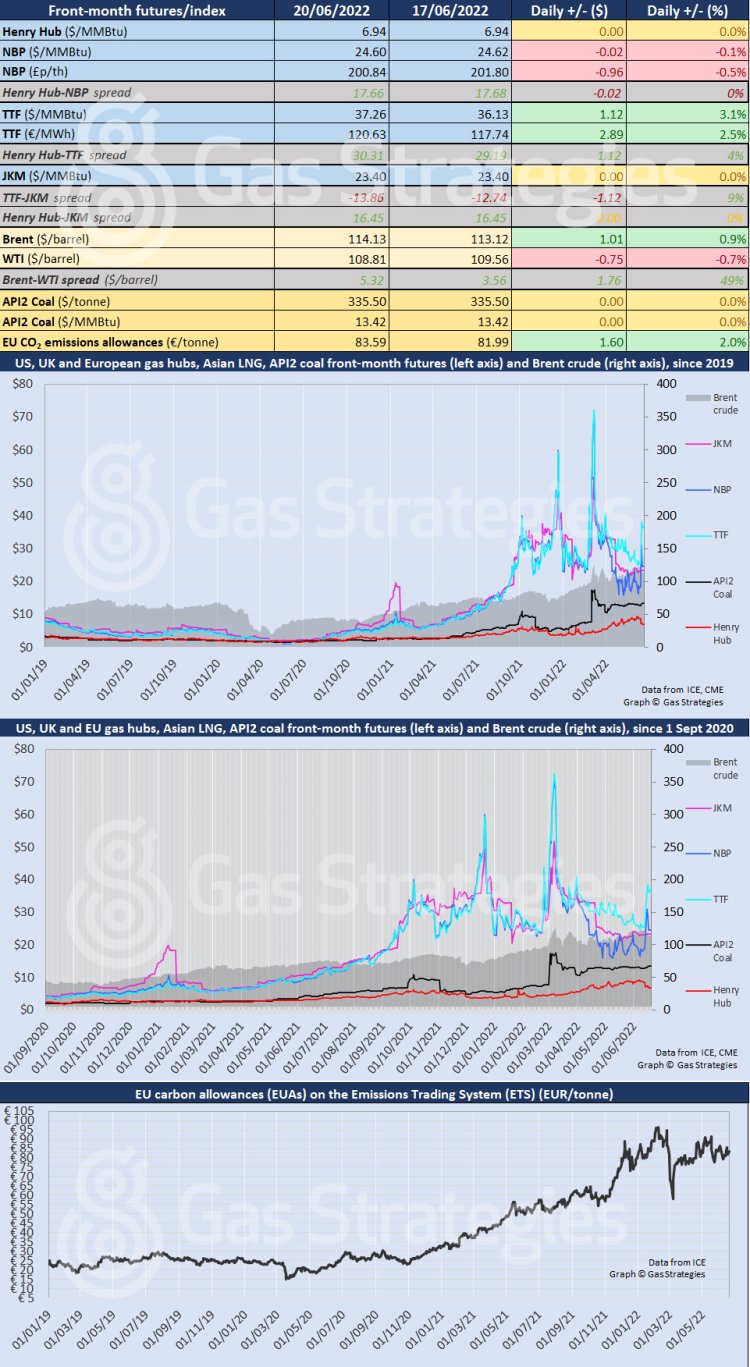