UK gas marker NBP and Dutch marker TTF had recorded strong gains on Tuesday amid fears of an of an escalation in the war in Ukraine – which could impact Russian pipeline flows to Europe – however record high LNG imports into Europe, coupled with further gas demand destruction from industrial sector, pulled prices lower on Wednesday .

The front-month NBP and TTF contracts fell by 6.9% and 3.4% respectively on Wednesday.

Across the pond, US gas benchmark staged a recovery, closing 0.8% higher at USD 7.78/MMBtu. The rally was partly pinned on Russian President Vladimir Putin issuing threats to the West and confirming the mobilisation of reservists, with any further disruption to Russian pipeline flows to Europe expected to see the continent lean further on US LNG.

Asian LNG marker JKM remained in the red, falling 10.1% day-on-day to settle at a two-month low.

As for crude, prices fell further after the US Federal Reserve announced another interest rate hike, increasing the target range to 3-3.25%. Rates are now at a near 15-year high, with concerns mounting over oil demand. 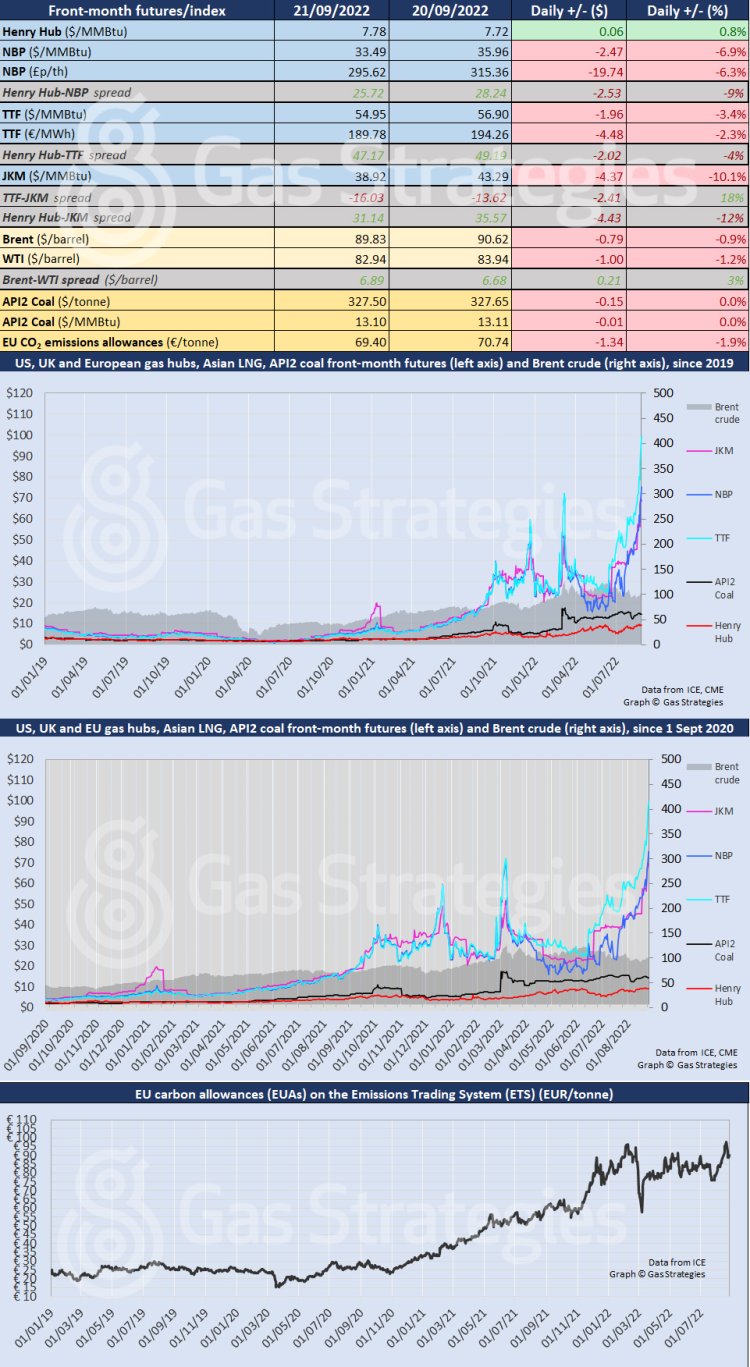