European gas prices retreated on Wednesday amid profit taking and on news that several LNG cargoes are heading to Europe.

The front-month NBP and TTF contracts fell by 4.3% on Wednesday, with the UK gas benchmark closing at the equivalent of USD 57.27/MMBtu – maintaining a USD 0.3/MMBtu premium over the Dutch marker.

The slump was mainly due to profit taking following a price surge on Tuesday. European gas soared on Tuesday amid a further drop in pipeline flows from Russia. Gazprom reduced flows further on Thursday, with the Russian firm’s exports to north-west Europe falling by nearly 20% since last week.

This week has seen at least 10 LNG cargoes divert from Asia to Europe in a bid to take advantage of record high gas prices. The arrival of the cargoes could help alleviate prices further, with TTF and NBP falling further during trading on Thursday morning.

The European gas price slump weighed on the European carbon price, which fell 5.2% to close at EUR 76.29/tonne. Asian LNG marker JKM also fell on Wednesday – the February-dated contract fell by 6.7% to close at USD 46.02/MMBtu. 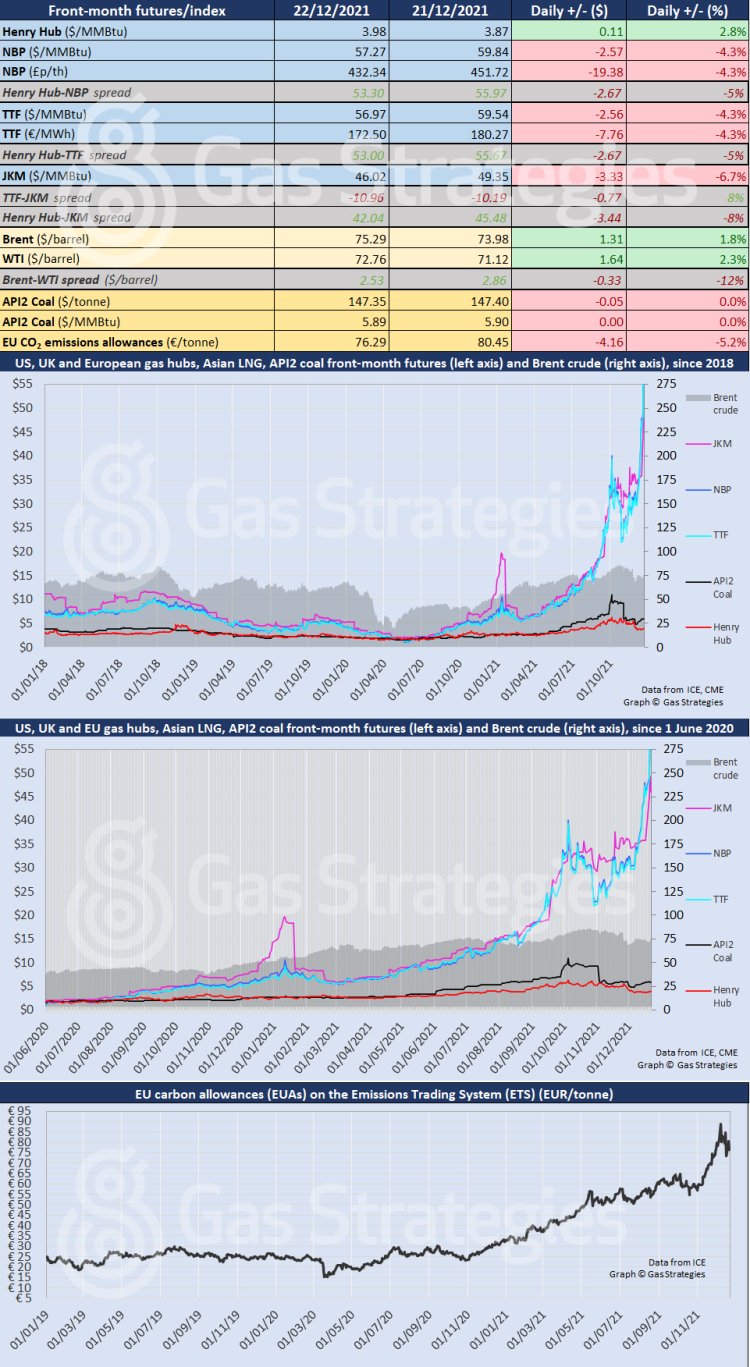