Oil prices rebounded from a seven-week low amid reports suggesting OPEC and its allies may raise crude production if the US is successful in organising a coordinated release of strategic crude reserves with large consuming nations.

The front-month Brent and WTI contracts closed ~1% higher to start the week, however Brent remained below USD 80/barrel. WTI closed at USD 76.75/barrel.

The minor recovery in crude prices – which fell on Friday amid demand concerns due to soaring Covid-19 cases in Europe – was pinned on reports suggesting OPEC+ may raise production further, should the US, India and Japan reach consensus on a coordinated release of strategic oil reserves.

As for gas, Asian LNG marker JKM continued to fall, with the January-dated contract settling 0.8% lower at USD 33.97/MMBtu.

The loss weighed on European markers TTF and NBP – both of which fell by over ~4% to start the week.

The UK gas benchmark closed at the equivalent of USD 28.32/MMBtu, with the Dutch marker settling at USD 27.73/MMBtu.

US gas benchmark Henry Hub fell below USD 5/MMBtu, recording a 5.4% loss on Monday. The loss was in part due to forecasts showing mild weather for the much of the country over the first week of December.

The European carbon price rallied to over EUR 70/tonne during Monday’s session, however the momentum faded and the December-dated contract closed at EUR 69.91/tonne – 0.8% higher day-on-day. 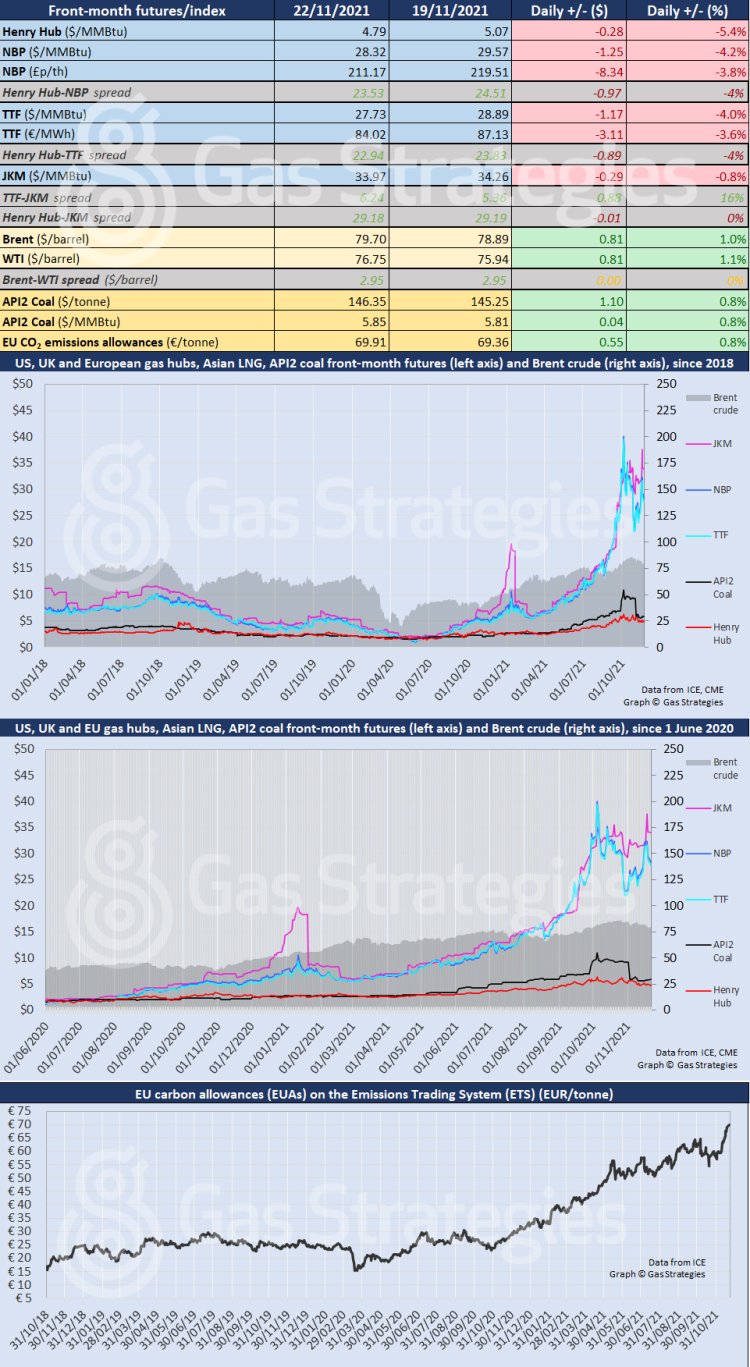