European natural gas prices fell on Monday on expectations of mild weather to return to the continent.

According to Energi Danmark, “demand is increasing as prices have now fallen so much, that gas is becoming more competitive in the energy mix”. However, the decrease is unlikely to be enough to prevent prices from falling further, as the European cold snap is due to subside later this week.

Meanwhile, the UK’s National Grid ESO reported on Monday that it was expecting tighter electricity supply margins towards the evening, which prompted the operator to instruct coal-fired power units to be available to increase electricity supplies should it be needed on Tuesday.

Meanwhile, the Henry Hub front-month contract saw an 8.6% surge to USD 3.45/MMBtu. Reports suggest that weather forecasts that had been wavering from cold to warm lately were indicating chillier conditions again across the US, and that could aid a continued recovery in gas prices. 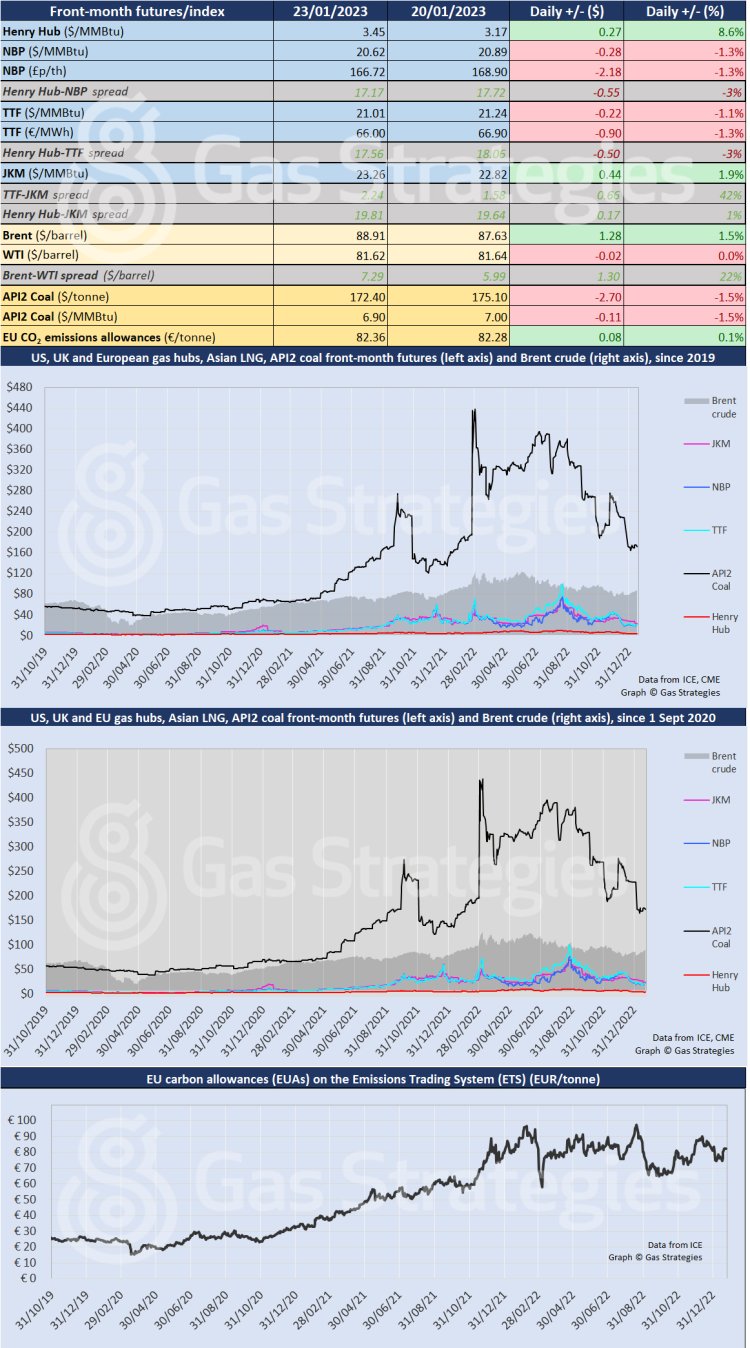