Prices were lifted after the US Energy Information Administration (EIA) said US oil production fell by more than 10%, or 1 million barrels/d, last week due to the winter storm which hit the Gulf coast. Also aiding the rally was news from the US Federal Reserve, which said interest rates will be kept low, helping weakened the dollar and supported equity markets.

However, the EIA did report that US crude inventories increased by 1.29 million barrels last week, with stocks rising at the US’ largest storage hub, Cushing, Oklahoma, for the first time in six weeks. Reports also suggest that producers in the Permian basin – which stretches across Texas and New Mexico – have restored ~80% of oil output, with supply potentially set to outweigh demand as many US Gulf coast refineries are in need of repair following the storm last week.

Crude prices could also come under pressure in the next few weeks as reports suggest Saudi Arabia and OPEC+ will look to ease production cuts starting in April.

US benchmark Henry Hub continued to fall, with the front-month price sliding by 0.9% to close at USD 2.85/MMBtu.

In Europe, gas prices continued to rallied on Wednesday. The month-ahead UK NBP price increased by 1.3% and the front-month Dutch TTF price rallied by 0.8%, with both markers settling at the equivalent of  ~USD 5.8/MMBtu.

The European carbon price continued to rally, settling in the EUR 39/tonne range for the first time since 15 February. 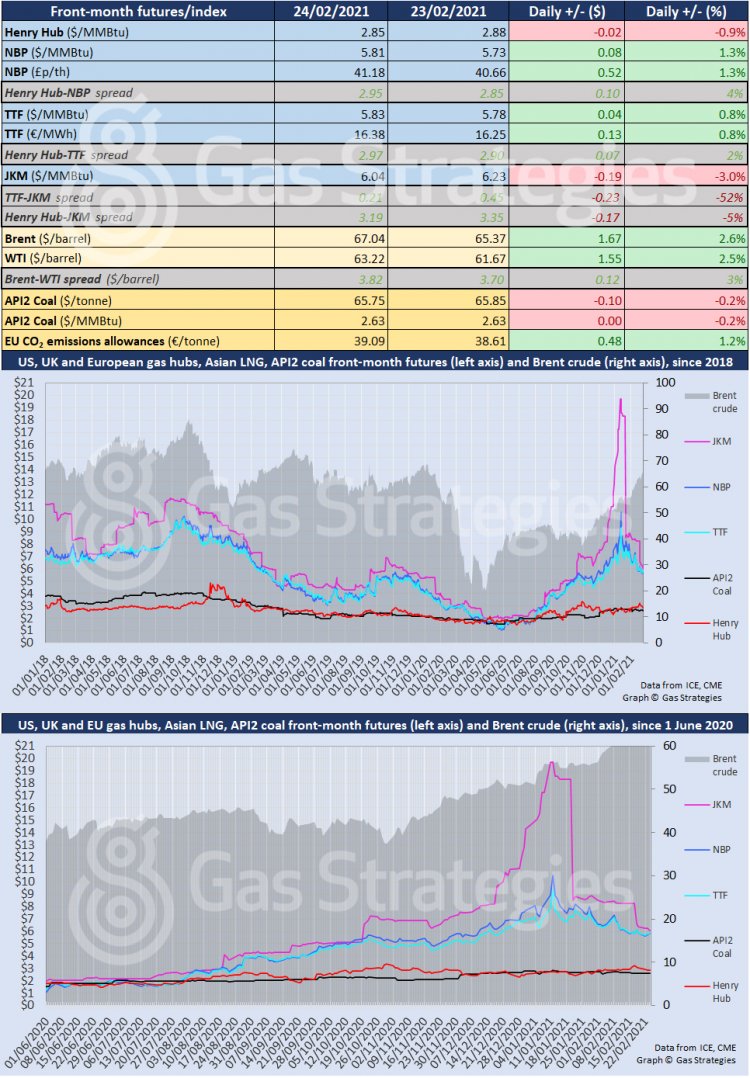