European gas prices continued to soar at the start of the week, with the rally prompted by Gazprom announcing that it will cut Nord Stream 1 (NS1) flows further from 27 July.

Prices soared during the late afternoon on Monday after Gazprom announced that it will cut NS1 flows to 33 MMcm/d  –  equivalent to ~20% of the pipeline’s capacity – from 27 July.

The Russian firm said it needs to take another turbine at the Portovaya compressor station – which feeds gas into NS1 – offline for maintenance. The news may not be such a surprise to some given Russian President Vladimir Putin last week announced that flows would likely be cut to the 33 MMcm/d level this week, citing the need to conduct further maintenance.

Nevertheless, the move to cut NS1 flows further will heighten supply concerns in Europe. The EU is desperately trying to get member states to agree to cut gas demand starting next month in a bid to ensure gas storage facilities across the continent are at least 80% full by 1 November.

In the US, gas benchmark Henry Hub closed 5.2% higher at USD 8.73/MMBtu – marking its highest close since 10 June. The marker has returned to the USD 8/MMBtu on Friday, with the recent rally prompted by expectations of strong demand remaining heading into August amid hot weather and lingering concerns over gas production growth.

As for oil, prices rebounded on Monday. Gazprom’s announcement help lift crude as some market observers suggest Europe’s demand for fuel oil in the power sector could increase in light of lower gas flows from Russia. Brent closed 1.9% higher at USD 105.15/barrel, with WTI up 2.1% at USD 96.7/barrel. 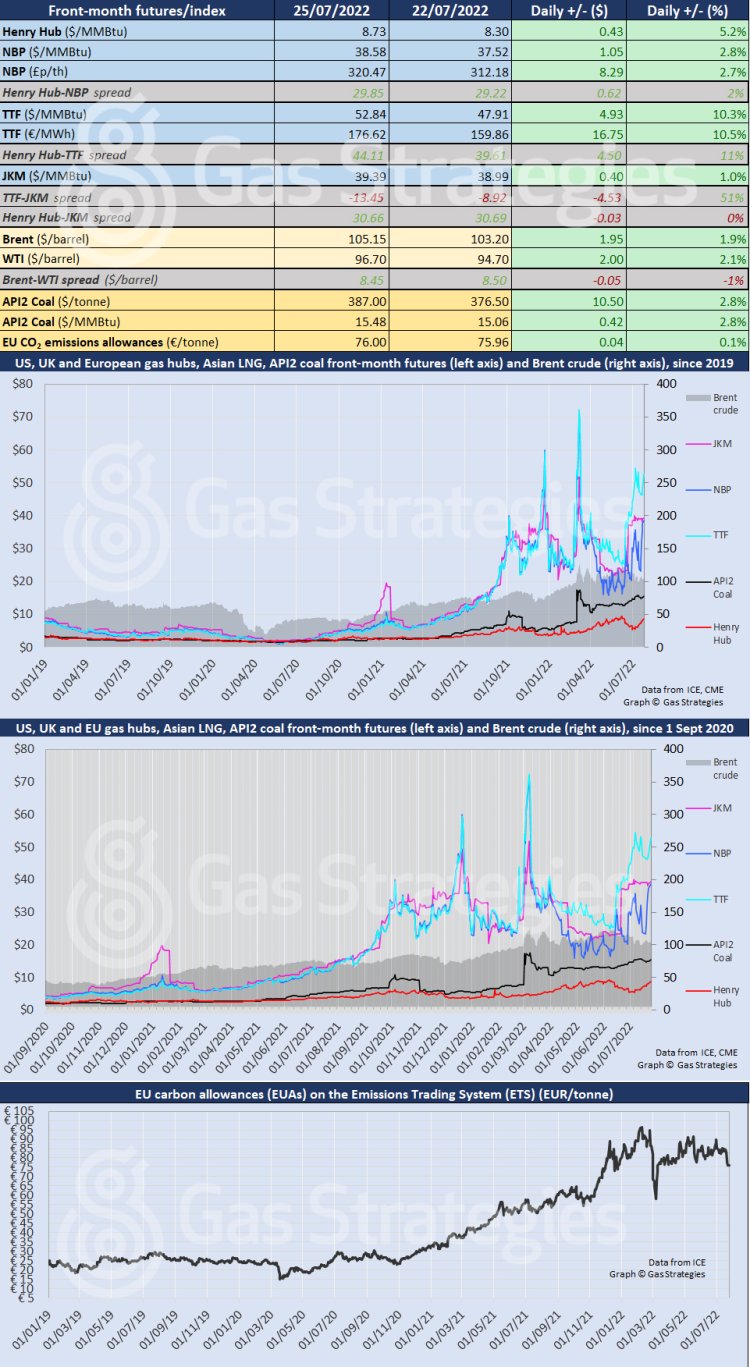