European gas prices soared to their highest level since March on Tuesday, with the rally coming ahead of Nord Stream 1 flows falling further on Wednesday.

Prices continued to soar after Gazprom announced on Monday that it would cut NS1 flows to 33 MMcm/d  –  equivalent to ~20% of the pipeline’s capacity – from 27 July. Flows were falling this morning, dipping as low as 32 MMcm/d.

The Russian firm said it needs to take another turbine at the Portovaya compressor station – which feeds gas into NS1 – offline for maintenance. Meanwhile a turbine sent to Canada for maintenance has still not been delivered to Russia. Once it is installed, flows, in theory, could rebound to 66 MMcm/d – the level seen prior to the pipeline undergoing maintenance from 11-21 July.

In the US, gas benchmark Henry Hub continued to climb, hitting an intra-day high of USD 9.752/MMBtu and later settling at USD 8.99/MMBtu. Henry Hub is now at a level seen prior to the Freeport LNG plant being taken offline in June due to a fire at the facility – with the incident reducing total US LNG export capacity by ~17%.

The recent rally has been driven by expectations of strong domestic demand continuing into August amid hot weather, and lingering concerns over gas production growth.

As for oil, the rally was short-lived as prices stumbled on Tuesday. Brent closed 0.7% lower, with WTI down 1.8%. 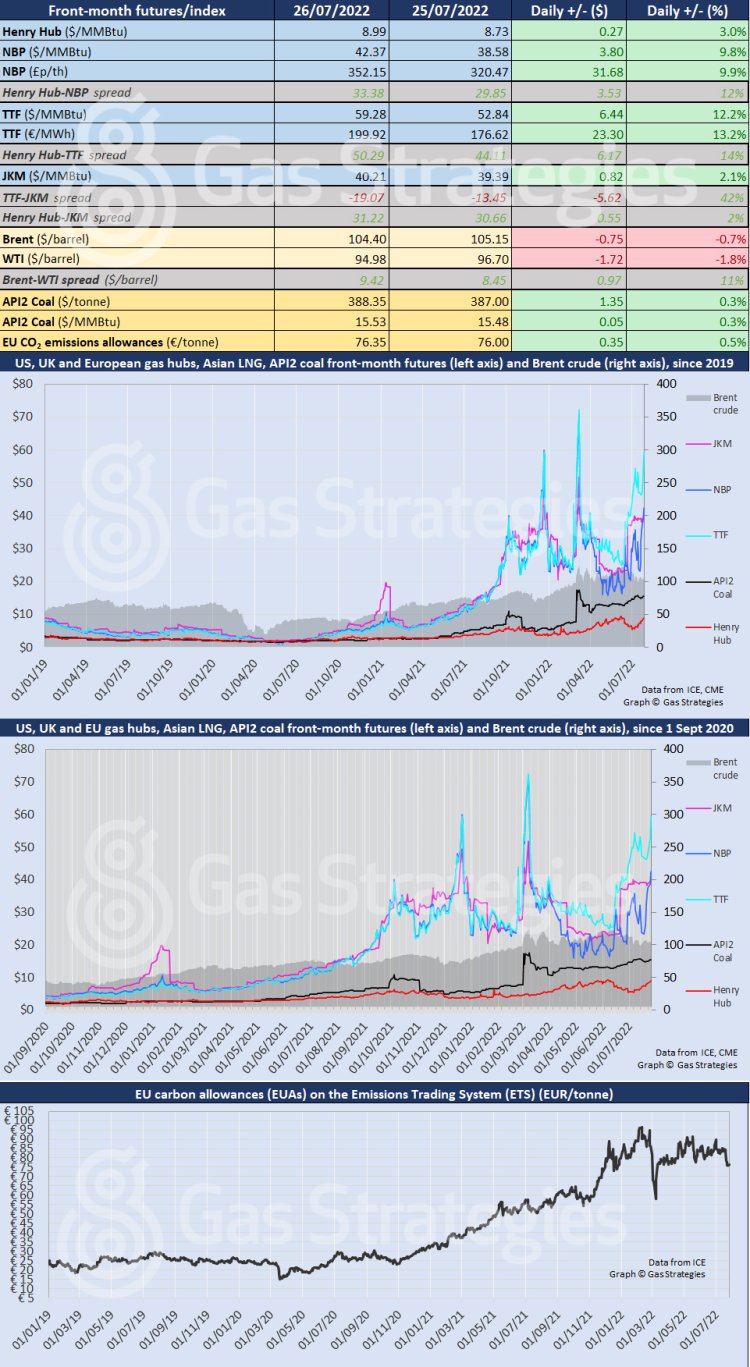