US natural gas benchmark Henry Hub returned to the USD 8/MMBtu range yesterday after Freeport LNG announced that it has reached an agreement with a federal regulator regarding restarting the facility in October. Freeport also announced that it expects to restart all three trains in October, with the announcement taking the market by surprise.

The September-dated Henry Hub contract closed 7.3% higher day-on-day at USD 8.27/MMBtu, with the marker having hit an intraday high of USD 8.48/MMBtu.

Freeport’s announcement was the main driver of Wednesday’s rally, with the news having the opposite effect on Dutch marker TTF – which fell 3.4% to close at the equivalent USD 59.2/MMBtu. Freeport announcing that it intends to restart all three liquefaction trains took some market participants by surprise as many expected a more gradual restart following the fire at the facility in June.

While TTF tumbled, UK marker NBP and Asian LNG marker JKM continued to climb. The September-dated NBP contract closed 1.6% higher at the equivalent of USD 44.9/MMBtu. As for JKM, it settled 1.5% higher at USD 45.95/MMBtu – maintaining its premium over the UK marker and reducing the TTF-JKM spread to USD 13.25/MMBtu.

As for oil, Brent and WTI settled at their lowest level since February. The slump was pinned on a surprise build in US crude and gasoline storage levels, coupled with OPEC+ announcing that it will increase output by 100,000 barrels/d starting in September. 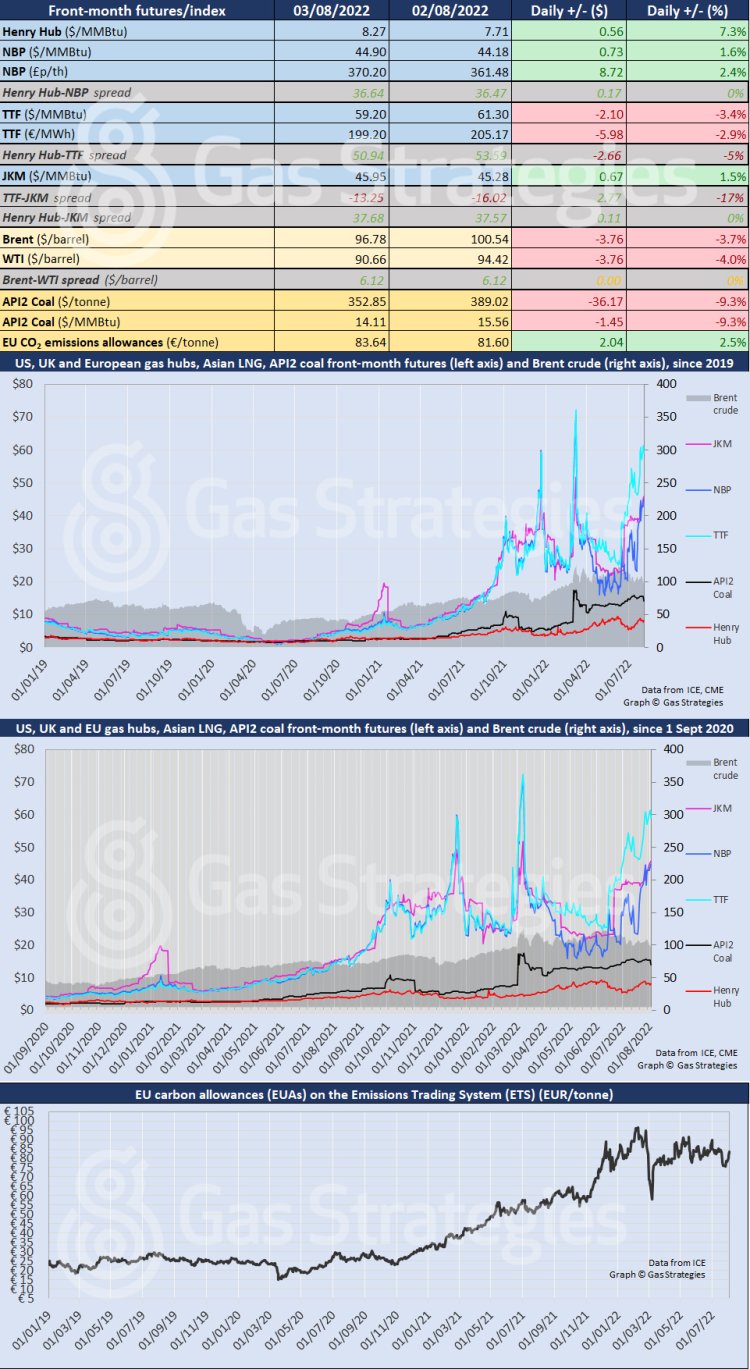