European gas prices continued to slide on Friday, closing at a six-week low amid expectations of higher gas flows from Russia later this month. However, European gas benchmarks TTF and NBP were rallying on Monday morning amid an unplanned outage impacting flows from Bulgaria to both Serbia and Romania, and Russian gas flows to Germany grinding to a halt over the weekend.

European gas prices started falling on Wednesday after Russian President Vladimir Putin announced that he has requested Gazprom to start filling gas storage sites in Germany and Austria from 8 November. Gazprom announced on Thursday that it had reached its target of 72.6 Bcm of gas in storage, however the firm said it will continue to inject into domestic storage facilities until 8 November.

Despite indications of an improving supply outlook over the short-term, TTF and NBP were rallying on Monday morning amid unplanned outages in Bulgaria – impacting gas flows to Romania and Serbia – and news that Russian gas flows to Germany, via Poland, stopped on Saturday and Sunday.

However, Gazprom told Reuters that it was meeting the requests of its European customers.

The slumping prices in Europe weighed on gas prices in the US and in Asia. US gas benchmark fell by 6.2% on close at USD 5.43/MMBtu. Asian LNG marker JKM closed 6.3% lower at USD 30/MMBtu.

The European carbon price bounced back on Friday, closing 0.2% higher at EUR 58.70/tonne. 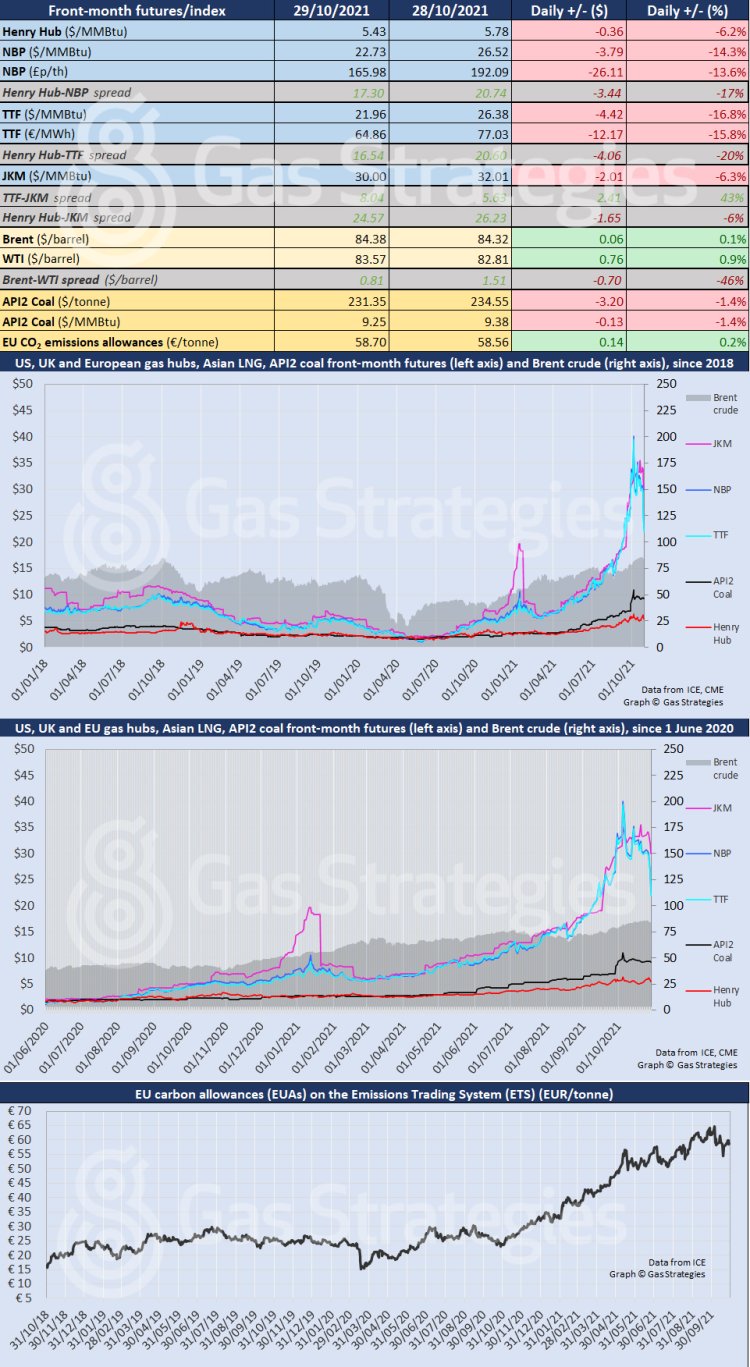