Gas pipeline exports from Russia into Europe recovered on Tuesday after dropping on Monday, with flows from Norway stable. However, pipeline flows from Norway are set to drop on Wednesday due to planned maintenance at the Troll field – one of the largest fields supplying Europe.

With the supply outlook in Europe tightening, Tuesday saw TTF and NBP take a premium over JKM for the first time since 17 August, with the Asian LNG marker up 1.2% on Tuesday to close at USD 18.69/MMBtu.

The rally by the European gas markers, along with sustained low wind power generation, failed to lift the European carbon price. The September-dated contract fell 0.5% from a record high on Monday, to close at EUR 61.95/tonne.

In the US, gas benchmark Henry Hub fell for the first time in five days as more US Gulf of Mexico oil and gas production was restored following widescale shut-ins ahead of Hurricane Ida, which made landfall in Louisiana on 29 August.

Demand destruction – namely from the industrial sector – caused by the hurricane is outweighing lower supply, with weather across much of the US at normal levels for this time of year.

As for crude, prices continued to fall on Tuesday, with the slump pinned on a strengthening US dollar. 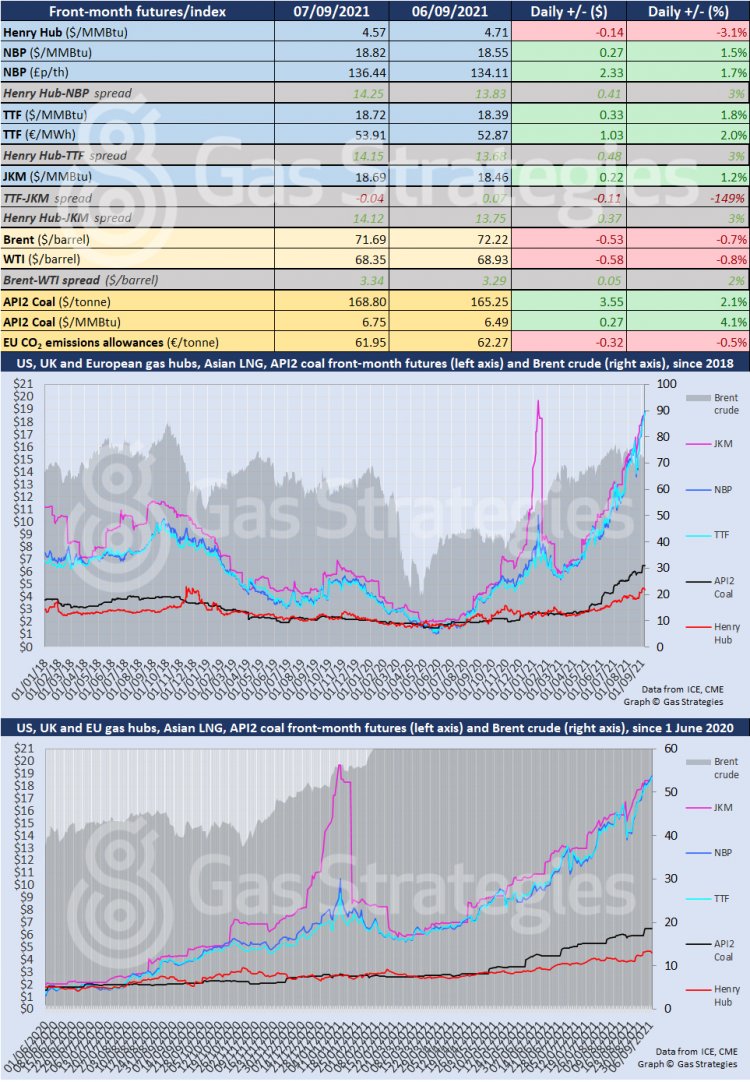