An intriguing piece of LNG news in the past week was the report that Petronet was urging Qatargas to “expedite” the delivery of some 50 “delayed” cargoes under its 7.5 mtpa contract with Qatar. Some clarification later emerged: it now seems that Petronet wanted to schedule so-called “make good” cargoes resulting from its previous exercise of downward flexibility.

It is not uncommon for LNG SPAs to have provision for the buyer to exercise such flexibility (Downward Quantity Tolerance, or DQT), though it is meant to be strictly limited and with the obligation to “make good” these quantities before the end of the contract. Usually provision of make good is on two conditions: that the supplier has the volumes available and that the request is made before the start of the contract year in question.

Interestingly, the emphasis in this story is not so much the obligation on the buyer to make good, but rather on “make up” as a right that Petronet is very keen to exercise. And for obvious reasons. Under the current contract pricing, Petronet reportedly pays 12.67% of the average of the last three months’ crude oil price – giving a price of around USD 10/MMBtu currently, compared with Asian spot prices that have reached USD 35/MMBtu or more. On the basis of pricing such as in the Petronet contract, the spot/long term spread amounts to some USD 80 million per cargo, which is well worth fighting over.

While the Petronet/Qatargas affair is somewhat exceptional in the large number of cargoes involved – as well as being headline news – this is in fact a public manifestation of a wider tussle now taking place in response to the current pricing environment. As buyers and sellers are finalising Annual Delivery Programmes (ADPs) for the next contract year (starting 1 January 2022 in the majority of cases), the high time-value sensitivity of cargoes in the first winter months and particular concerns over security of supply in this period are coming into focus. This is driving intense competition between buyers, fuelling concerns over equitable treatment between third party and equity lifters of LNG.

The capabilities and agility of buyers’ portfolio and contract management processes are once again being tested. This comes at a time when buyers have to respond to an intense challenge of future year planning, while battling to address the immediate market tightness, inflated prices and possible margin calls. Organisations that had early recognition of the changing needs for their LNG operations in response to changing market circumstances are now seeing the benefits of the organisational, capability and procedural improvements made in the past two to three years.

It seems unlikely that grievances over a perceived loss of value embedded in the final ADPs will go away quietly, and we may see this play out through dispute processes in 2022. As usual in these things, much will rest on how the commercial practices, rigour and record keeping of all parties withstand expert scrutiny with the benefit of hindsight.

We should also expect to see a different and far more commercial and operational approach regarding the scheduling provisions in future SPA negotiations. These scheduling issues can be surprisingly multi-faceted, and in providing advice to our own clients in this area, we have seen the need to bring together such diverse areas of Gas Strategies’ expertise as operational planning, market scenarios, shipping logistics, contractual analysis and, ultimately, dispute case development and expert review.

Management of long-term contracts – once a largely administrative and logistical function – is now a complex value-sensitive task needing the closest management attention and support. 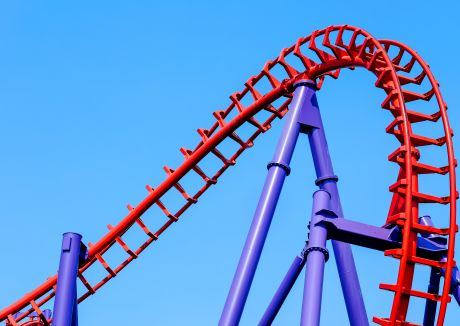 2020 has spawned an abundance of talk, speculation and indeed policy statements on hydrogen.  FOMO (fear of missing out) has taken over and governments, investors, utilities, technical and professional services providers alike have been busy looking for ways to plant their flag on this new territ