European gas prices bounced back on Thursday as traders reacted to Belarus threatening to cut off gas supplies via the Yamal pipeline, which crosses the country on its way from Russia to Europe, if the EU imposes sanctions in response to the migrant crisis on its border with Poland.

Threats made on Thursday by Belarus’s long-time President Alexander Lukashenko to halt Russian flows through his country added to Europe’s ongoing gas supply woes, as the continent faces winter with storage just 75% full compared to 95% a year ago.

Lukashenko was responding to the prospect of the EU imposing more sanctions on Belarus, as the union accused the eastern European country on Wednesday of mounting a “hybrid attack” on its territory by encouraging thousands of migrants to cross into Poland.

“And what if we halt natural gas supplies? Therefore, I would recommend the leadership of Poland, Lithuanians and other empty-headed people to think before speaking,” Lukashenko warned.

Gas prices in other markets also picked up, with the JKM rising marginally by 27 cents to settle at USD 31.42/MMBtu, though temperatures in north-west China, where wintry conditions drove gas demand higher last week, were now mild, with 16 degrees Celsius predicted for Beijing on Friday and Saturday.

The Henry Hub gas price was also marginally higher on Thursday, settling at just above USD 5/MMBtu, a gain of 27 cents, though US trading was thin due to the 11 November Veterans Day federal holiday. 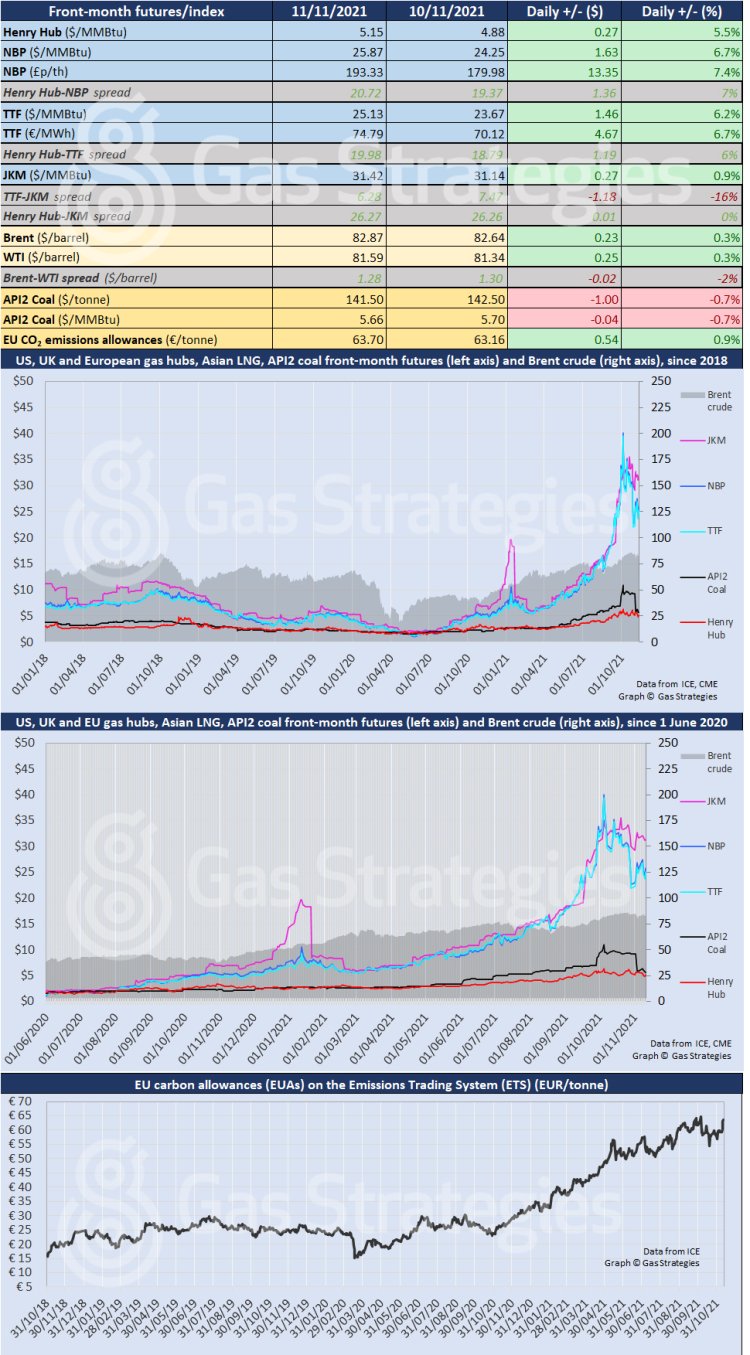