European natural gas has continued to regain some of the losses seen recently, as prices gained ground on Wednesday on colder weather boosting heating demand.

According to data published by Gas Infrastructure Europe, gas storage across the block remains at least 80% full. Kadri Simson, the EU commissioner for energy said at the World Economic Forum in Davos taking place this week, that gas storages are to remain half full by the end of the heating season, which will help the bloc better prepare for next winter.

Meanwhile, Gazprom’s gas supplies to Europe via Ukraine were slashed by 23%, according to nominations for Thursday, therefore deepening the cuts it started at the beginning of this month.

According to Energi Danmark’s daily market note, prices stabilised during the last couple of days following a period of steady losses.

The report added: “The question is if this is a sign that the market feels we have reached a bottom, or if it is merely a pause to the downtrend. The forecasts continue to suggest mild weather across the continent for most of the next two weeks and since the market remains well-supplied, the argument for further losses is still there.”

Meanwhile, Henry Hub saw a 7.7% plunge on Wednesday, with the front-month contract trading at USD 3.31/MMBtu, its 19-month low.

The market fundamentals continue indicating that Henry Hub prices might fall below USD 3/MMBtu, as weather continues to be mild and production strong. 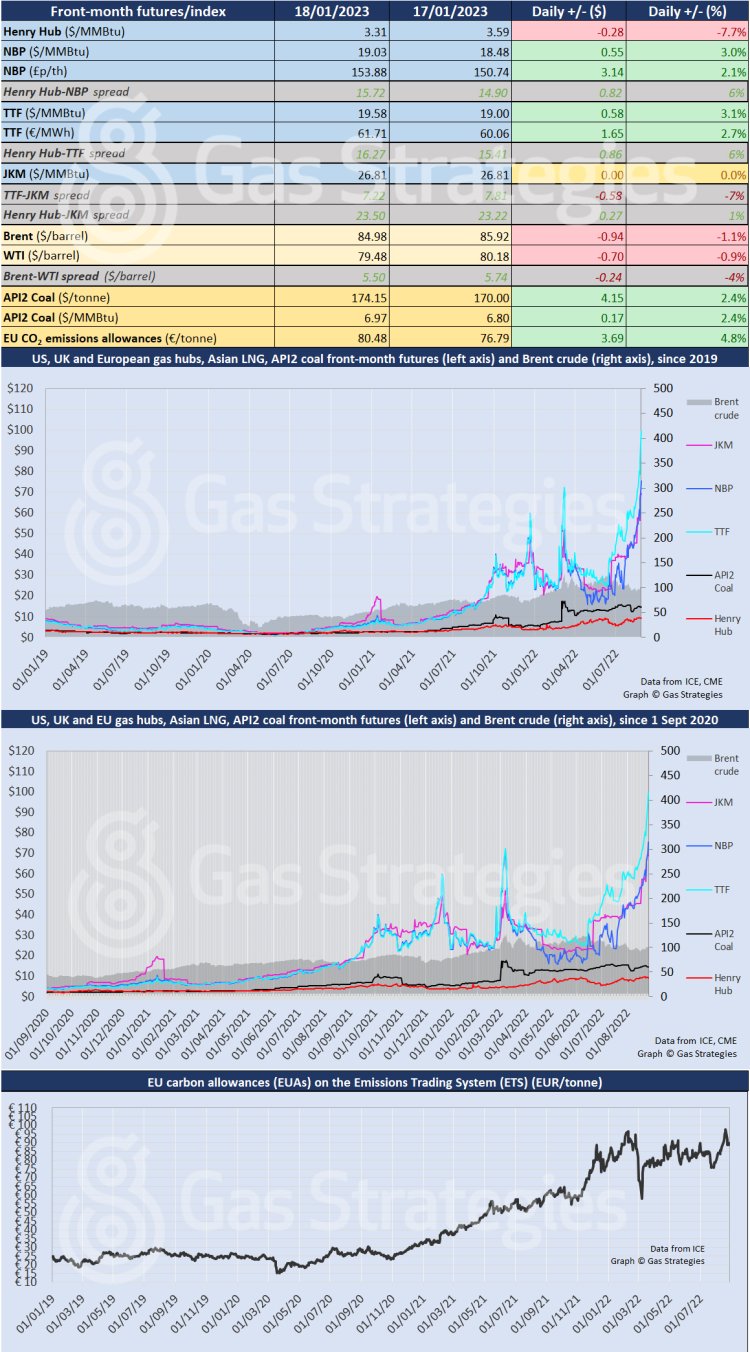