European gas benchmarks TTF and NBP rebounded on Tuesday, with prices lifted by supply concerns triggered by fears over an escalation in the war in Ukraine.

The rally was pinned on fears of an escalation in the war in Ukraine, which could impact Russian pipeline flows to Europe.

Fears of a potential escalation in the conflict were confirmed on Wednesday when Russian President Vladimir Putin made a TV address, confirming the mobilisation of reservists. Putin also warned the West that Russia “has various weapons of destruction”.

Asian LNG marker JKM dipped as the front-month contract rolled over to November. The marker fell 19.1% compared to the close of the October contract on Tuesday, with the November contract closing at USD 43.29/MMBtu.

As for crude, prices failed to maintain momentum, with prices pulled lower by a strong US dollar and expectations of interest rate hikes in the US. 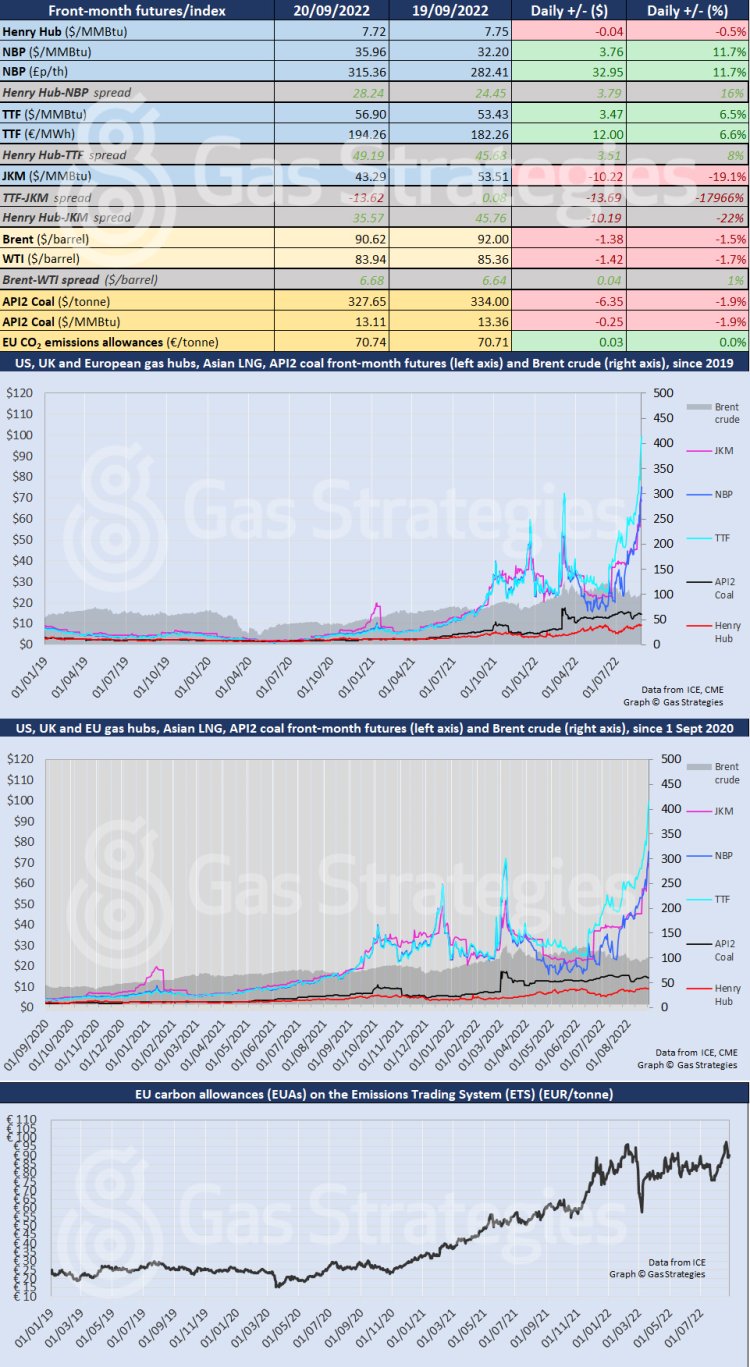