European gas prices staged a recovery on Thursday, lifted by an unplanned outage in Norway which dented gas flows to Europe. Prices were rallying further on Friday after EDF revised its 2022 nuclear production target lower due to extended outages at five reactors.

The bounce back was pinned on an unplanned outage at the Troll gas field, offshore Norway. Flows from Norway into Europe fell to 328 Mcm/d on Thursday, down from 342 Mcm/d on Wednesday, according to EnergyScan. The issues at Troll are expected to be rectified by 17 January.

European gas prices could close higher on Friday after EDF announced a downward revision to its 2022 nuclear production target. The firm expects its  nuclear fleet in France to produce 300–330 TWh of electricity this year, down 10% from the previous target. The revision is due to extended outages at five of the firm’s nuclear reactors.

Across the pond, US gas benchmark Henry Hub fell for the first time in five days amid profit taking. The front-month contract settled 12.1% lower at USD 4.27/MMBtu.

As for crude, Brent and WTI slipped on Thursday amid profit taking and on reports suggesting the US Federal Reserve may hike interest rates. 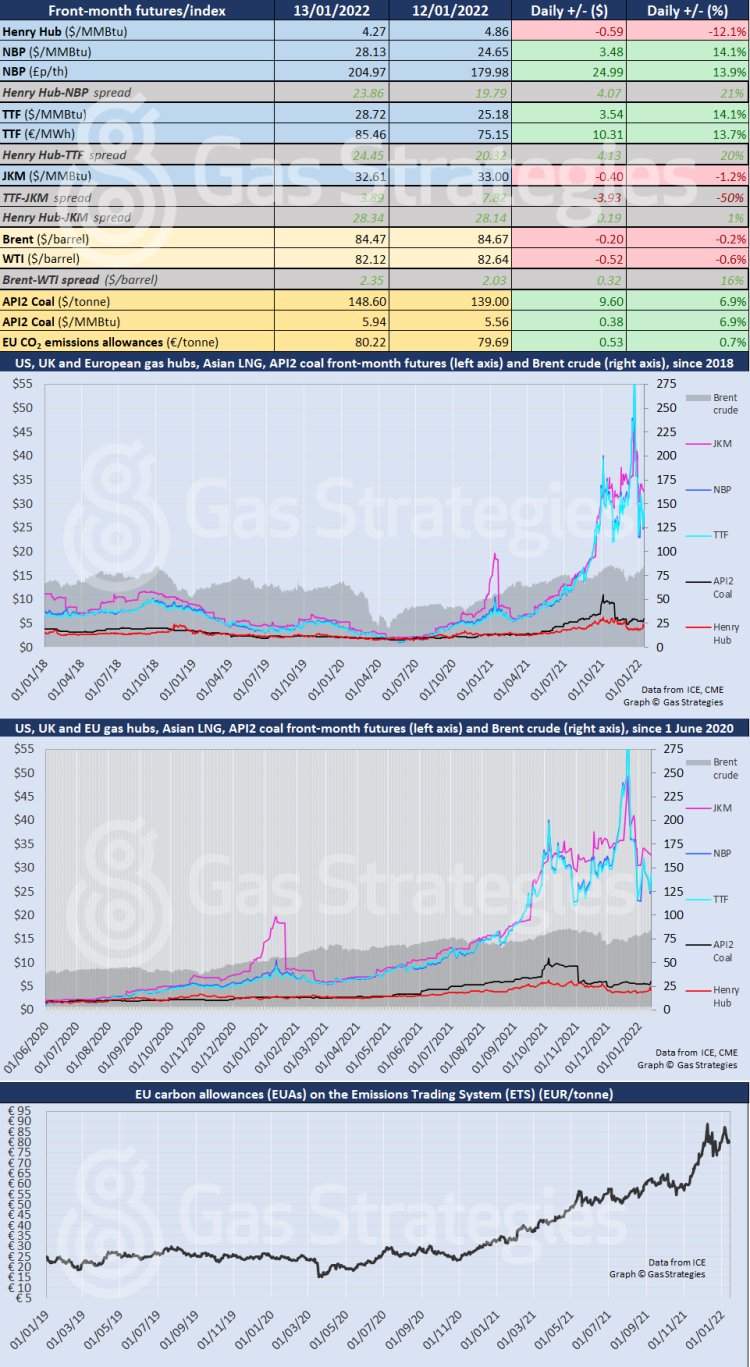