European gas prices plunged on Thursday amid continued profit taking, and on signs that Europe is set to receive a flotilla of LNG cargoes before the year is out.

The front-month NBP and TTF contracts tanked yesterday, with the UK gas benchmark closing 23.8% lower at the equivalent of USD 43.65/MMBtu. The Dutch marker closed 22.8% lower at USD 43.97/MMBtu – marking the first time TTF has taken a premium over NBP since late September.

Profit taking and signals that Europe is set to receive several LNG cargoes helped push prices lower on Thursday. Reports suggest Europe will receive ~2.5 Bcm of LNG before the end of 2021, with Europe’s total LNG imports for December expected to be the region’s highest since May.

The price plunge weighed on the European carbon price, which closed 3.1% lower at EUR 73.93/tonne.

Elsewhere, gas prices in Asia and the US tumbled. The front-month JKM contract closed 15.6% lower at USD 38.84/MMBtu. Henry Hub closed 6.2% lower amid forecasts suggesting mild weather for much of the US heading into 2022. The front-month contract settled at USD 3.73/MMBtu. 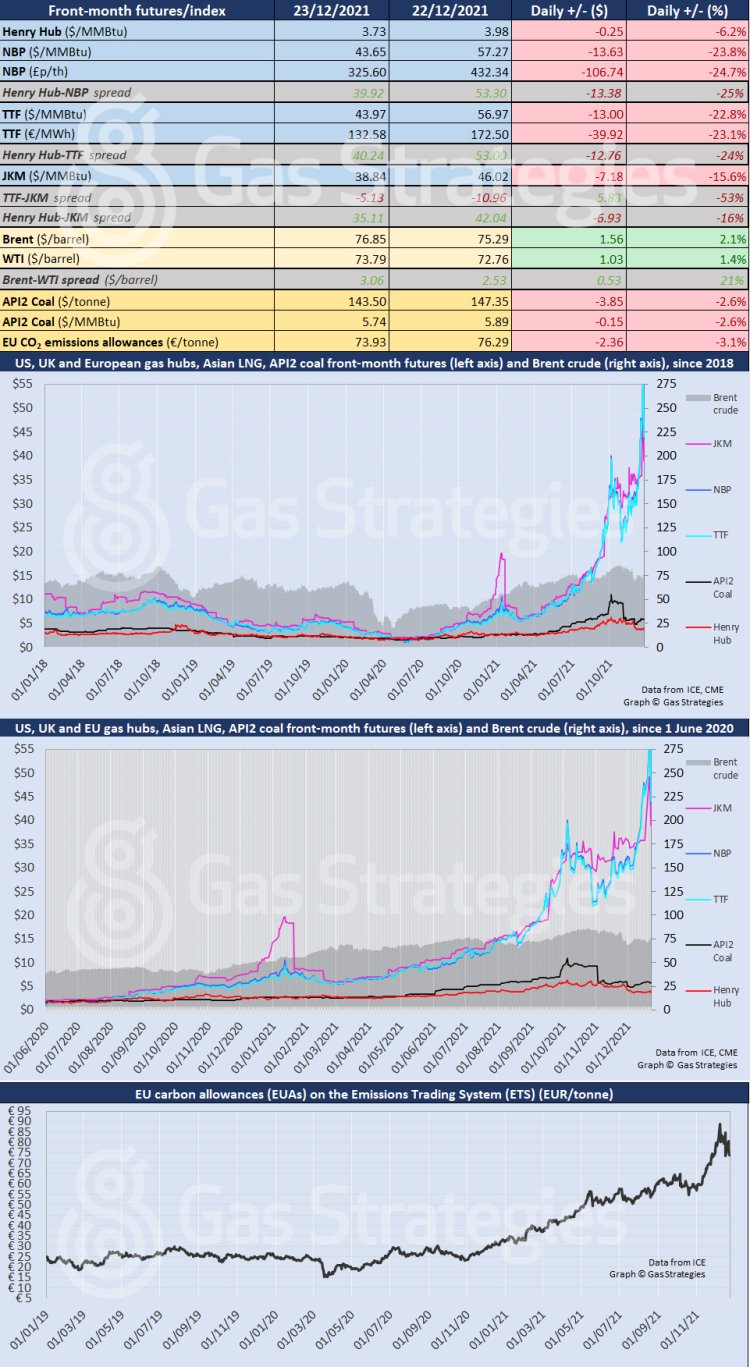