The November-dated TTF and NBP contracts rallied by 0.3% and 0.1% respectively, with the UK gas benchmark closing at the equivalent of USD 29.53/MMBtu – USD 0.55/MMBtu higher than the Dutch marker.

European gas prices started to fall on 6 October after Russia’s president Vladimir Putin said Russia was ready to step in an stabilise the energy market. Many market observers interpreted this as meaning Gazprom would export more gas to Europe.

On Tuesday, Russian deputy foreign minister Sergei Ryabkov said in an interview with the BBC that Gazprom has started pumping gas from its "reserves into the pipelines to stablise the market". Ryabkov did not elaborate any further on where the gas was being pumped from and to.

However, on Wednesday Russia’s deputy energy minister Evgeny Grabchak told reporters in Moscow that Russia is still injecting gas into domestic gas storage and that the process will be completed by 1 November.

In the US, Henry Hub rebounded after two days of losses – closing 3% higher at USD 5.51/MMBtu.

As for European coal, the front-month API2 coal contract ticked higher on Tuesday, closing at USD 243.15/tonne. Prices could close higher on Wednesday as Russia’s largest coal producer Suek declared force majeure at its Daltransugol terminal in the country’s far east. FM was called due to fire at the facility on Monday.

As for crude, prices diverged on Tuesday but remained largely unchanged. 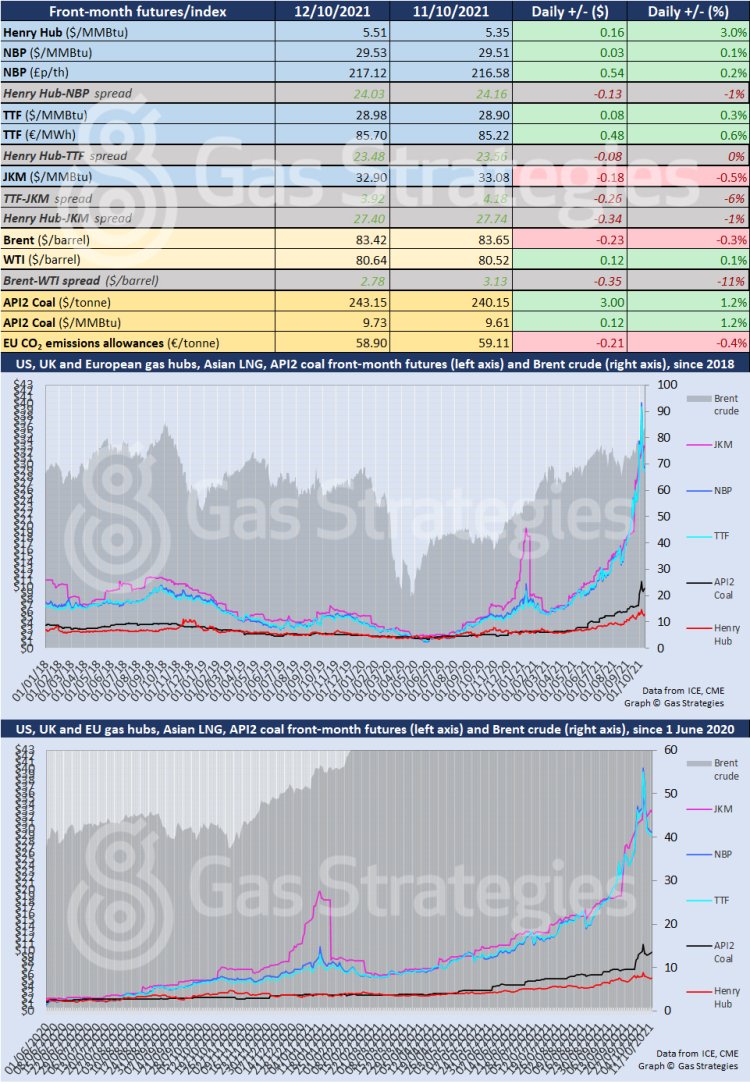