European gas prices hit fresh record highs on Thursday, lifted in part by Gazprom opting not to book any day-ahead capacity via the Mallnow interconnection.

The front-month NBP and TTF contracts continued to soar on Thursday, with the UK marker closing 8.2% higher at the equivalent of USD 47.89/MMBtu. Dutch marker TTF settled 8.4% higher at USD 47.31/MMBtu.

Thursday’s rally was prompted by several factors, including Gazprom’s decision to not book any day-ahead capacity via the Yamal pipeline’s Mallnow interconnection point on the border between Germany and Poland. However, Gazprom reversed its decision and overnight booked within-day capacity via Mallnow – a move which could weigh on prices on Friday. The Russian firm booked 26 Mcm/d of capacity, slightly lower than recent bookings of ~30 Mcm/d.

Gazprom’s decision to not book capacity on Thursday came after the president of Bundesnetzagentur – the German energy regulator – Jochen Homann said there would be no decision on certifying the Gazprom-led Nord Stream 2 pipeline until the second half of 2022.

In addition to lack of Mallnow bookings on Thursday, European gas prices were also lifted by nuclear outages in France, with EDF announcing on Wednesday that it will take four reactors offline immediately after finding faults in pipes in a safety system at its Civaux power plant.

The rally saw TTF and NBP extend their premium over US gas benchmark Henry Hub and Asian LNG marker JKM. Henry Hub dipped by 0.9% on Thursday to settle at USD 3.77/MMBtu, with JKM remaining unchanged at USD 35.87/MMBtu.

As for crude, prices ticked higher on Thursday but were falling on Friday morning amid ongoing concerns that rising Omicron cases could dent demand. 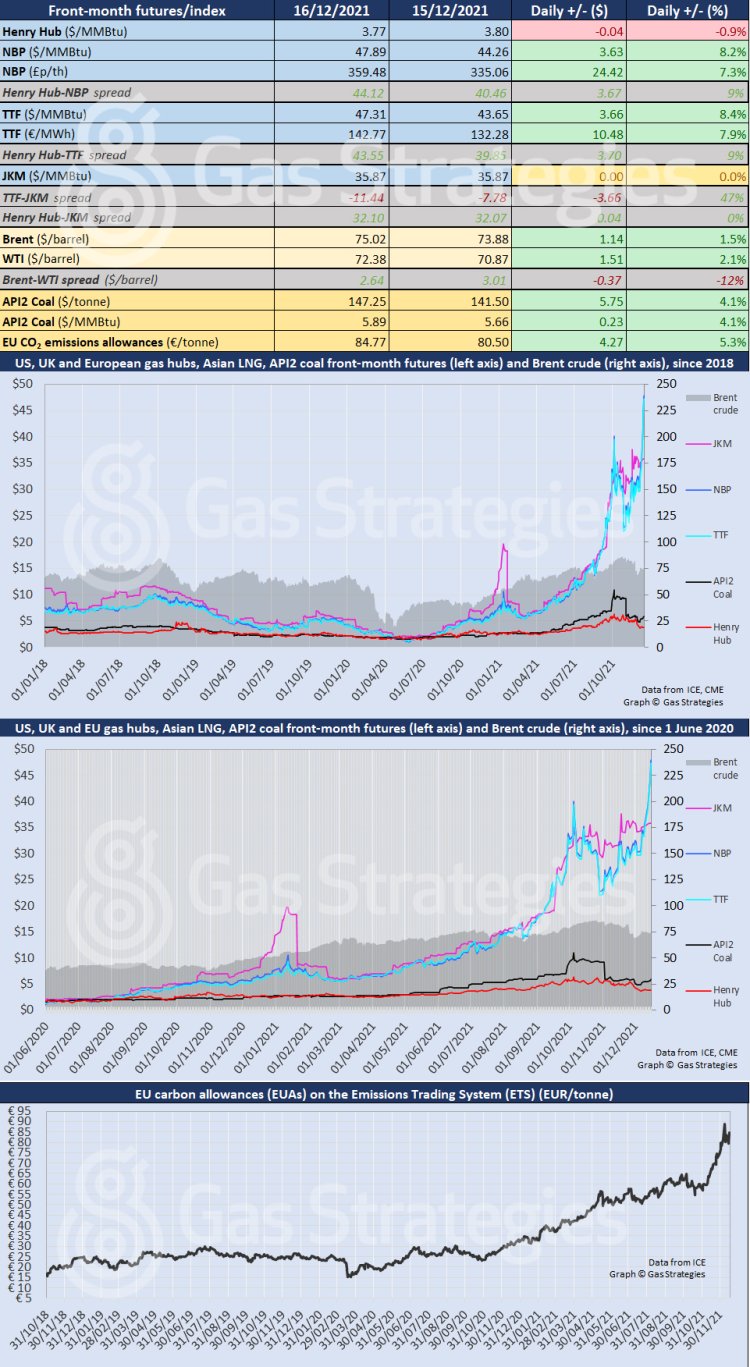