The European gas price bull run stalled on Friday as prices fell for the first time in six days. However, prices look set to bounce back on Monday as pipeline flows from Russia fell over the weekend – as cold weather rolled in across Europe.

The front-month TTF and NBP contracts dipped by over 4% on Friday, with the UK gas benchmark settling at the equivalent of USD 45.75/MMBtu – USD 0.5/MMBtu higher than the Dutch marker.

Prices fell amid a lower-than-expected slump in flows from Russia. However, supplies from Russia – via the Yamal pipeline – fell further over the weekend, helping lift gas prices on Monday morning. European gas inventories, which are currently ~60%, could fall below 50% full by the end of the year, according to reports – suggesting Europe’s gas storage sites could be at a record low by the end of winter.

While European gas prices dipped, prices in Asia remained unchanged. The January-dated JKM contracted remained at USD 35.87/MMBtu as the contract is set to expire. Prices in Asia have also held steady as inventories are well stocked across the region. One trade source told Gas Matters Today that at least three LNG cargoes are being diverted from Asia to Europe.

The European carbon price took a major hit, falling by 13.6% on Friday amid profit taking by market participants. The December-dated contract settled at EUR 73.28/tonne – its lowest close since 26 November.

As for crude, prices dropped amid concerns that rising Omicron cases could dent oil demand. 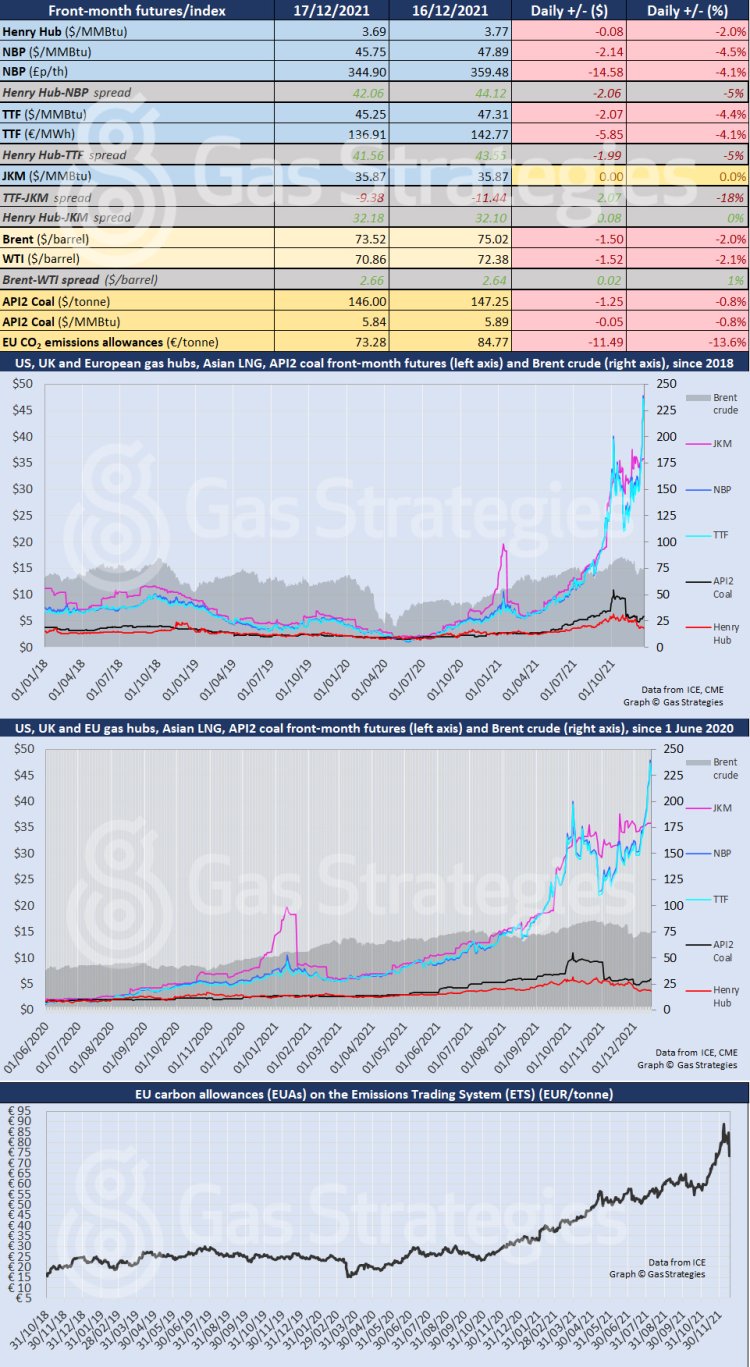