Cold weather persisted across much of north-western Europe over the weekend. According to Gas Infrastructure Europe, the continent’s gas stocks were as of 21 January 78% full, down from 82% a week prior.

The stockpiles are helping to counter the lowest levels of Norwegian supplies in more than two months, as available capacity at several facilities in the country has been reduced by maintenance works and orders for shipments have fallen.

Lower demand is expected next week, as temperatures in many European countries are expected to rebound to above seasonal norms.

High LNG imports have also helped to keep a lid on prices.

In the US, Henry Hub’s front-month contract fell 3.1% to USD 3.17/MMBtu, on bearish storage withdrawals revealed by the US Energy Information Administration (EIA) on Thursday. Withdrawals for the week ended 13 January totalled 82 Bcf, against the forecast of a ~70 Bcf withdrawal by analysts.

The result has left inventories above the five-year average, as strong production has persisted. Reports suggest that gas flows have restarted to Freeport LNG, one of the largest US LNG plants that has been shut since early June due to an explosion. 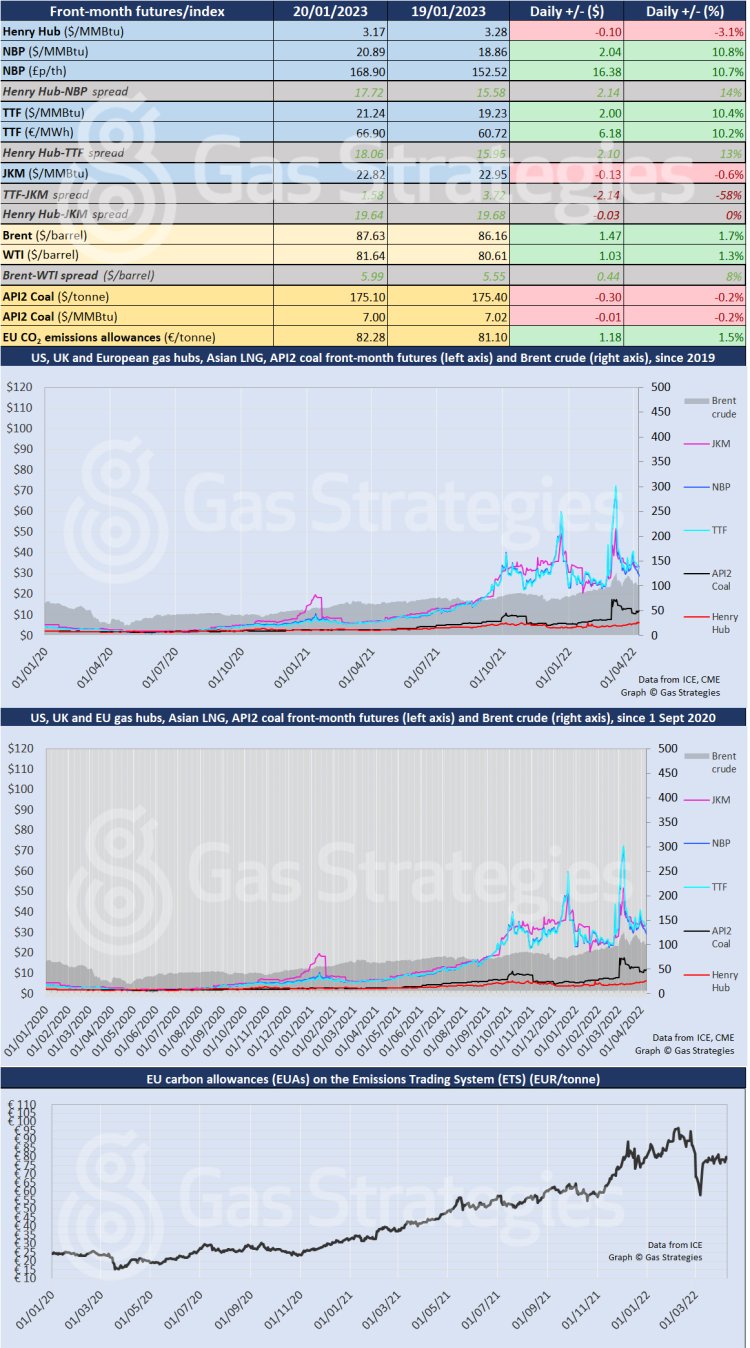