European gas prices declined again on Tuesday, as the continent’s demand softened on expectations of a rebound in temperatures and news of the Freeport LNG plant’s restart.

The market was moved by the news that Freeport LNG, that has been shut since last summer following a fire, is ready to start operating again. According to Energi Danmark, the restart of the facility should provide Europe with the option of higher LNG imports from the US, which partially explained Tuesday’s price movements.

Continuously mild and windy weather forecasts for large parts of Europe added to the downside, and further losses are likely.

Meanwhile in the US, Henry Hub also declined by 5.5% to USD 3.26/MMBtu, as the benchmark continues efforts to find a balance between strong production and low demand.

Brent slipped 3.1% to USD 86.13/barrel, and WTI was down 1.8% to USD 80.13/barrel. According to Reuters, the fall was on concerns about a global economic slowdown and as preliminary data indicated a bigger than expected build in US oil inventories. 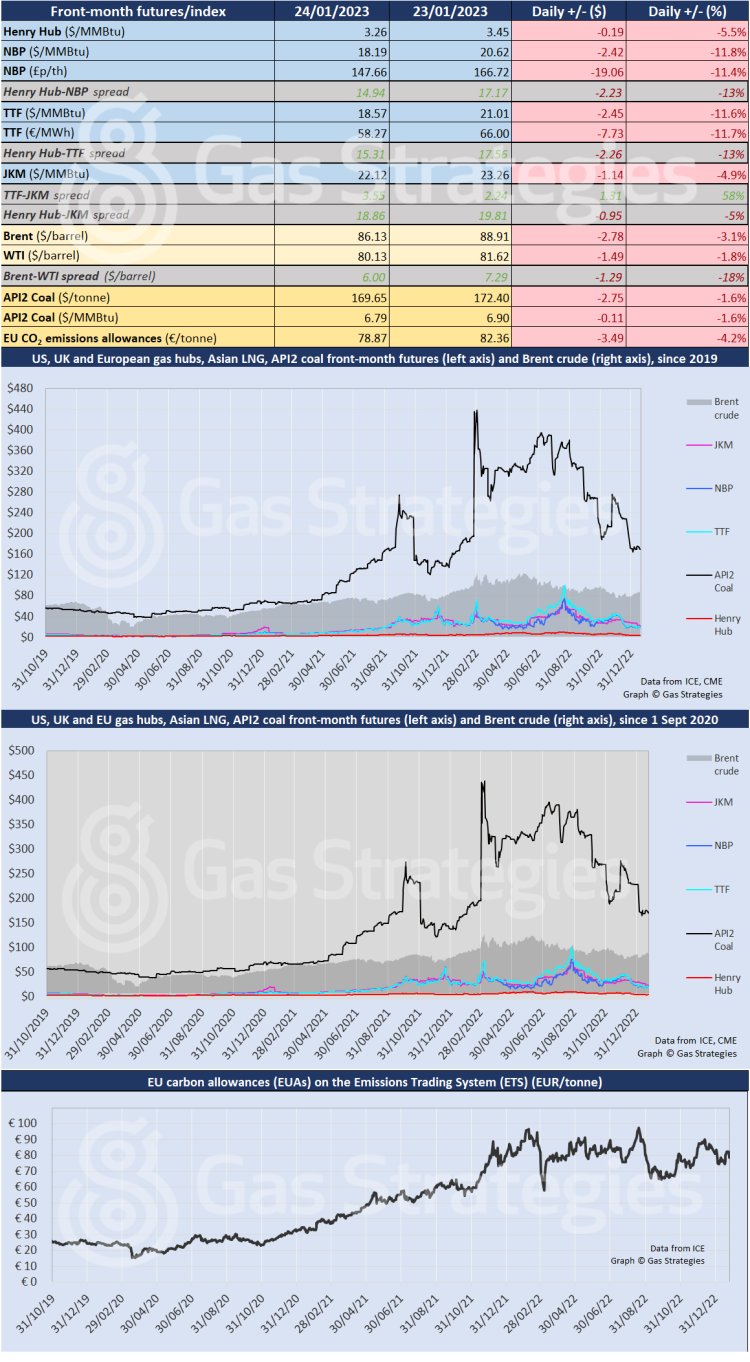